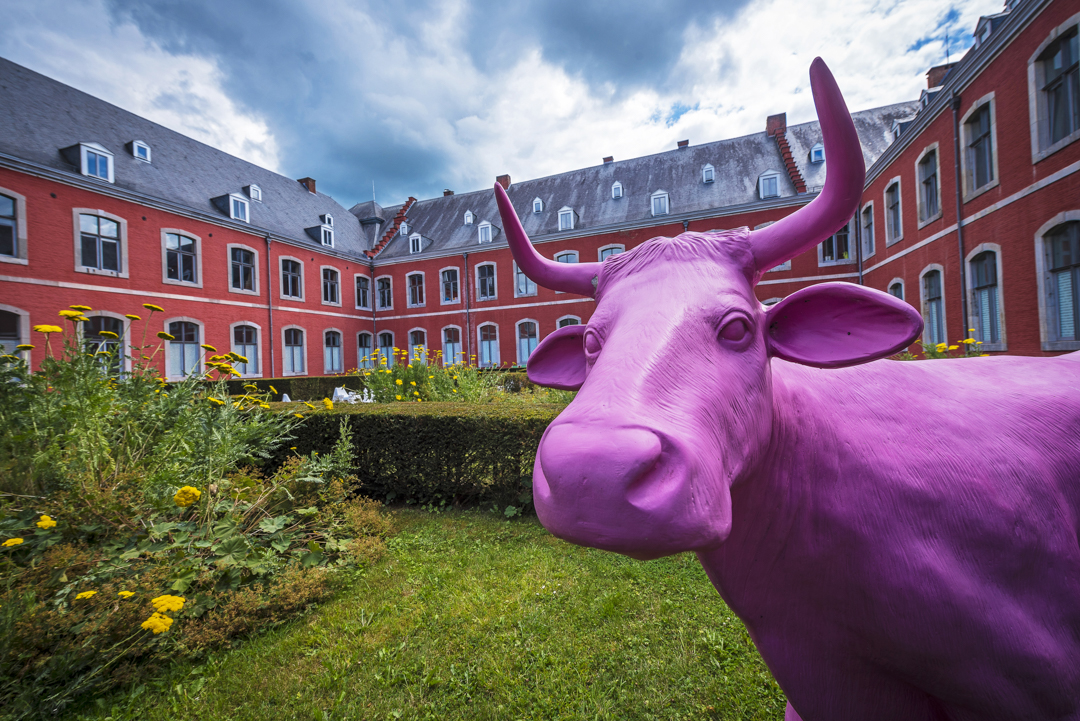 Spa, to most of us, is of course mainly known as the place where spring water was invented – no more drinking from the North Sea for us, suckers – but the influence this tiny Walloon town had on world history reaches much further than that. Some – and these are people that know things – call it the Pearl of the Ardennes. Tourists were already flocking to the region in the 16th century: an age in which most folks were too afraid to ever venture far from their dirty little mud huts and horribly dying of the bubonic plague was by far the most popular leisure activity. Stories about the healing qualities of the water bubbling up from the ground here, became so widespread that every wellness on earth was soon called a “spa”. The wealth of the town does not end with its famous thermal baths though. One of the oldest casinos on the face of the earth can still be found here, as can the only F1 track where half of the pilots traditionally crash themselves into the tire wall right after the first turn (check it out). As you can tell by now, Spa is a place rich with history and exciting stories. Better come over and have a look in person, I thought. Who knows what else is going on there?  Here are five exciting activities to enjoy on your next weekend out! Free of charge of course, you being so sweet and all.

“Tourists were already flocking to Spa in the 16th century: an age in which most folks were too afraid to ever venture far from their dirty little mud huts and horribly dying of the bubonic plague was by far the most popular leisure activity.”

1. Sleep in a big bubble 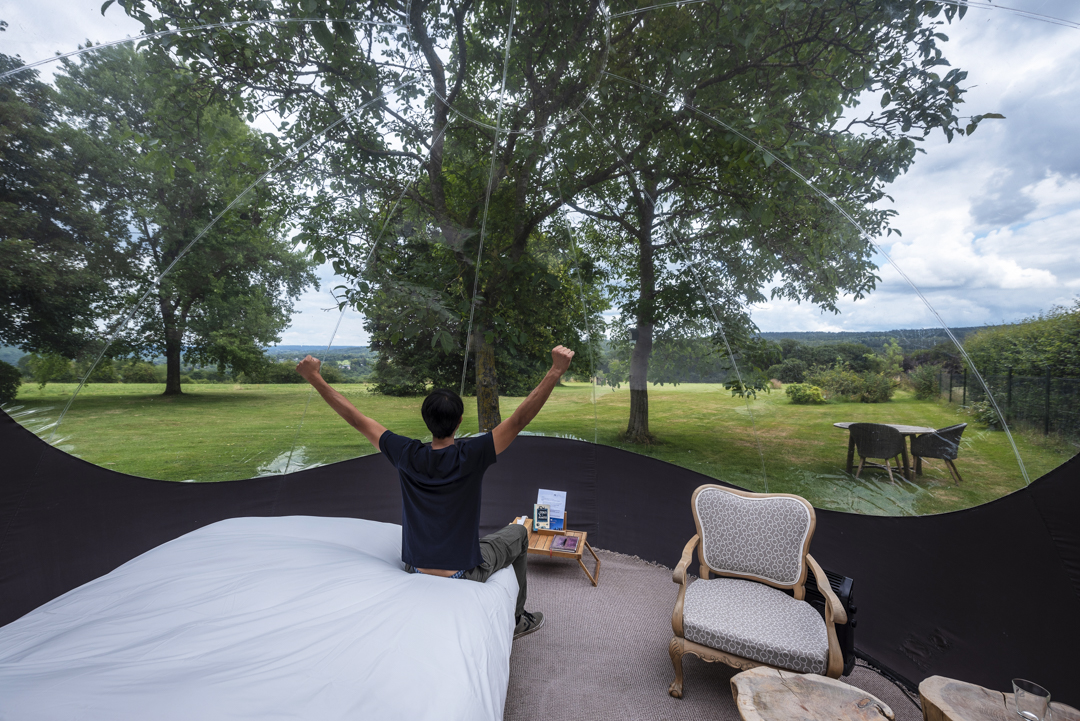 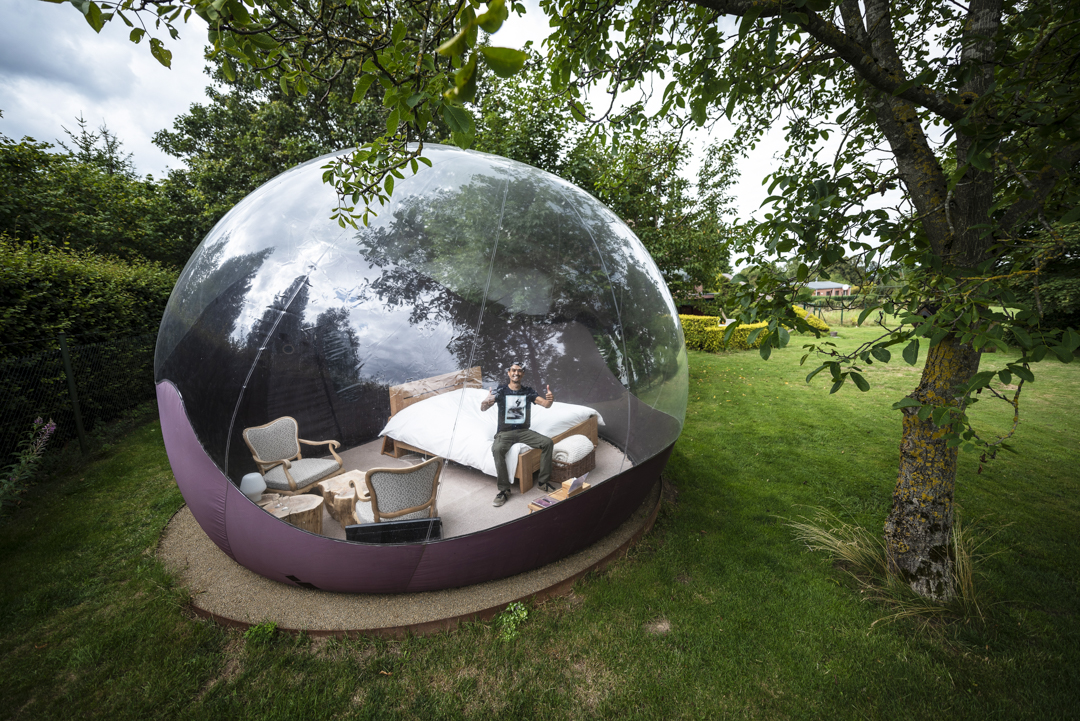 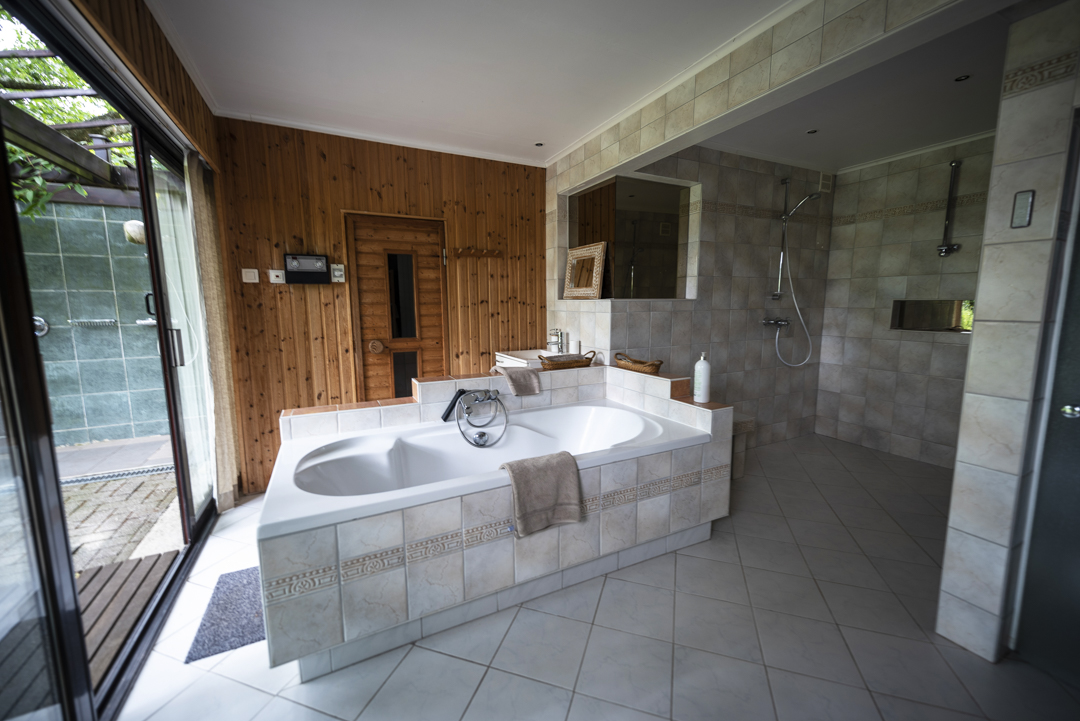 Looking for an unforgettable night with your significant other? Always wanted to sleep under the stars but fed up with those shitty mosquitos? No worries mi amigo, I’m your ultimate wingman in Spa as well! A short drive from the town centre, you’ll find Le Chant des Etoiles: a super special B&B in a friendly couple’s garden. You can book just one room here, and it’s a gigantic plastic sphere with a fluffy king-size bed in it, and everything else you expect to be in a hotel room. Everything is conveniently hidden behind some trees, and right next door is a private bathroom with hammam and sauna. How romantic can you get? After all, is there anything more symbolic for young love than dreaming away in a big fragile bubble? Enjoy the sunset of a lifetime with a glass of champagne in hand and then, when the stars are out and the moment seems just right, ask that one big question: ‘baby, wanna f*ck in the yard tonight?’ Yes. The answer is yes. www.chantdesetoiles.com

“After all, is there anything more symbolic for young love than dreaming away in a big fragile bubble?” 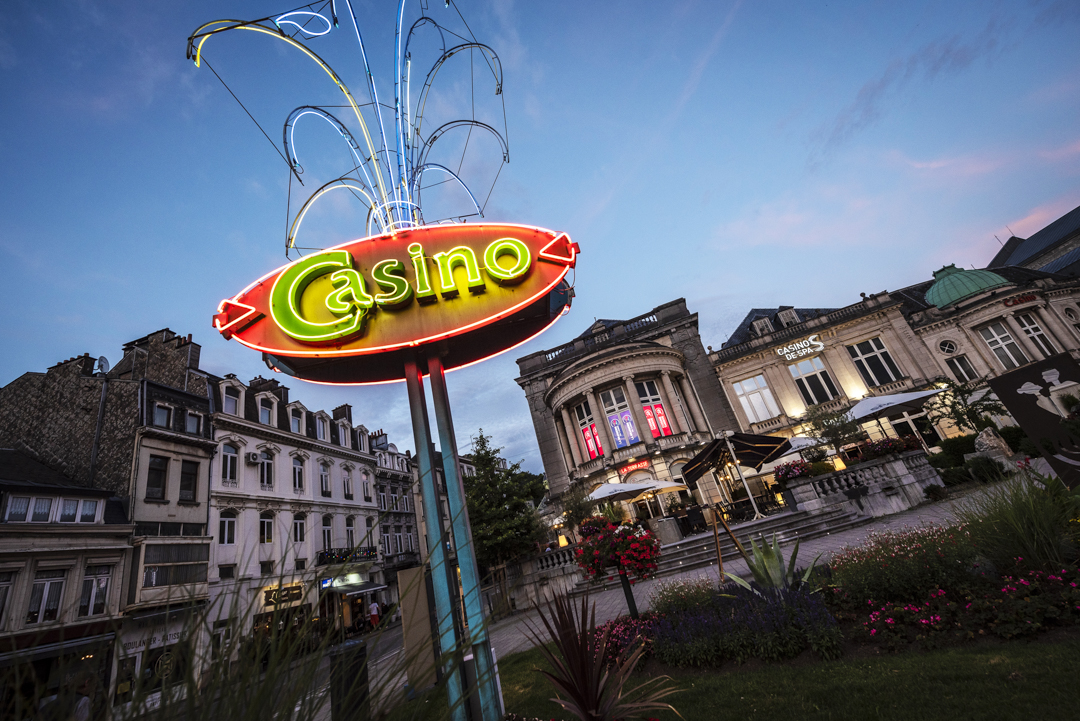 No romantic starlit night for me and my bony buddy Stefan sadly, who I had invited to this trip due to a critical lack of girlfriend. It would have proven too much for our mutual heterosexuality I’m afraid, so a small hotel in the city centre had to suffice. At check-in, we received a voucher for the casino: €10 worth of free gambling money. Say no more! We put on our prettiest – and in Stefan’s case only – shirt and took off for some serious betting 007-style. Full of confidence and oozing my typical natural flair I slipped €5 into one of the many slot machines and pressed a random button as if I knew what it was for. To my surprise, I immediately won a staggering €1.5. ‘Better quit while I’m ahead’ I thought, and I immediately cashed everything back in and tried another machine. After pressing buttons a couple more times I bafflingly won again. My fortune had risen from a measly €5 to an impressive €23.99. Had I – like a less autistic Rainman – discovered a way to beat the bank? Would I leave Spa a wealthy man? One glance at the dozen or so old crones next to me, mechanically betting away their retirement money as if there was no tomorrow, snapped me back to reality. You’re not getting my money this time, I yelled, and with a big smile I went and exchanged all my vouchers back into cold hard cash. I immediately ordered two rum-cokes with my earnings. They wouldn’t be the last. No dumb addictions for this old fox – no sirree! www.casinodespa.be

3. Have a priest bless your car 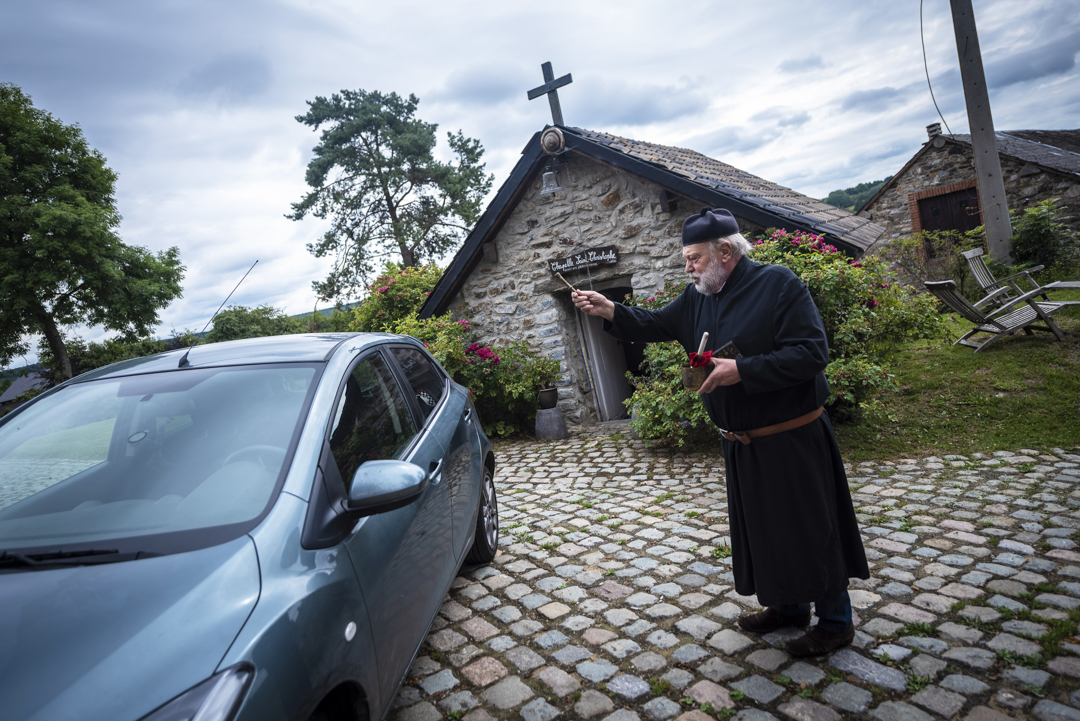 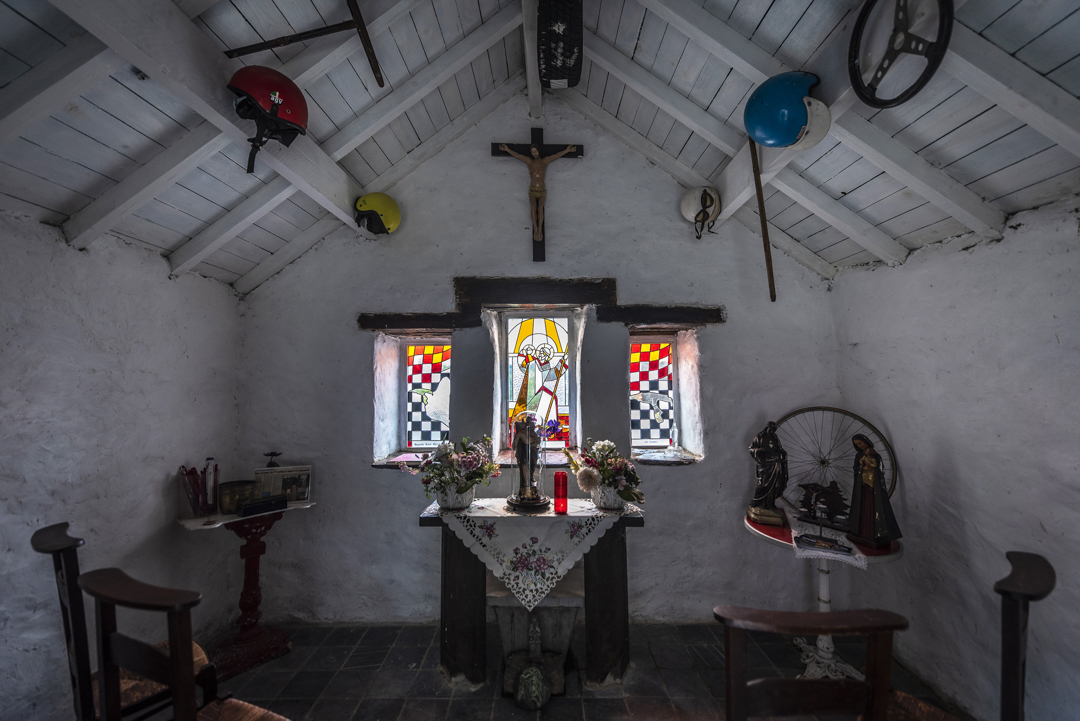 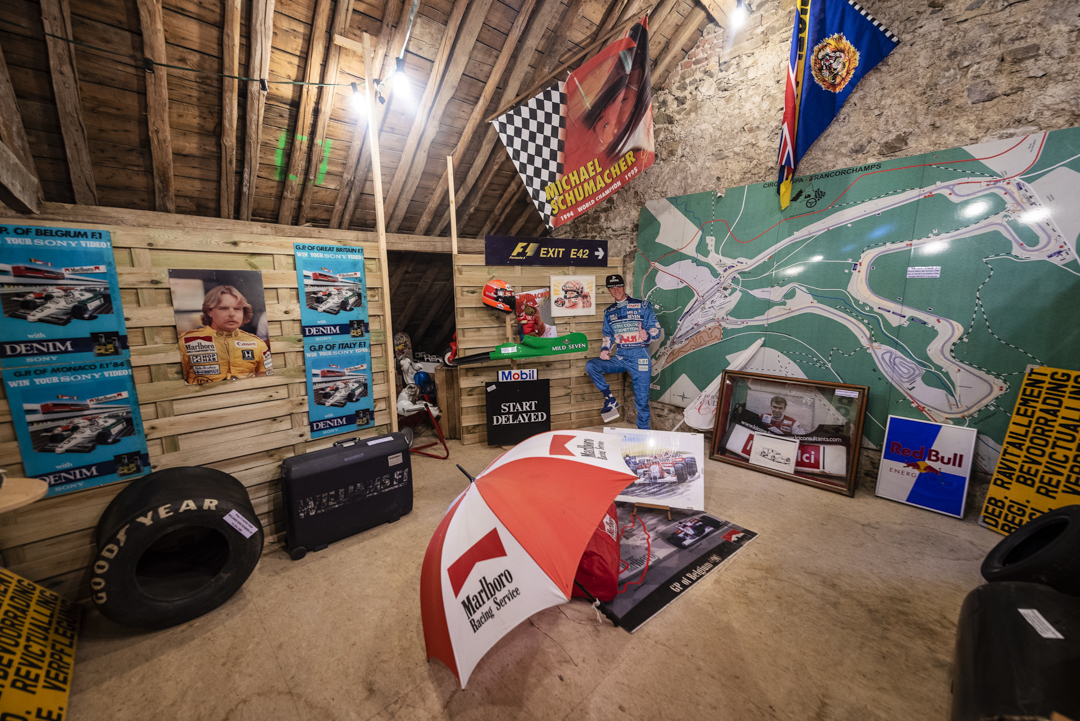 For everyone slightly into motorsports, Spa is synonymous with the Circuit of Spa-Francorchamps: one of the most mythical racing tracks on the planet, where absolute giants like Schumacher, Senna, Prost and Lauda drove to victory several times. Château de Francorchamps: a cool, endearingly old-fashioned hotel in a beautiful garden one km from the track, is completely decorated in the racing theme. Many pilots – including Schumi and his entire Ferrari team – stayed here on an almost annual basis (hopefully for him not in the room where a life-sized cardboard version of the man himself is eyeing the bed). Throughout the years, all of them left a lot of memorabilia in the little museum in the attic – definitely worth a look. The garden is also home to a little chapel in honour of Saint Christopher: patron saint of travellers and drivers. The track and the checkered finish flag were incorporated in the stained glass windows, and you can have your car blessed by an actual priest if you make an appointment. This of course I immediately did.  Afterwards I raced back to the hotel at 175 km/h, enthusiastically drifting through blind corners. Jesus take the wheel! www.chateau-francorchamps.be

PS: if you’re crazy about cars, visit the Museum of the Circuit of Spa-Francorchamps in the basement of the beautiful Stavelot Abbey. A whole collection of classic and modern racing cars is on display there. www.abayedestavelot.be

4. Do your own goddamn laundry

One would almost forget, but before the concept of mothers was invented, everyone just had to wash their own clothes. Sounds incredible I know, but it’s the honest truth. Needless to say these were harsh times. You can now relive them in the enchantingly nostalgic Musée de la Lessive. This small museum in the city centre is exclusively run by enthusiastic volunteers and offers a definite overview of the wonderful history of all things laundry. In here you can admire several still functioning contraptions (ask the sweet lady of the house to put a couple of them on), and you will also discover entire rooms full of stuff that could have been stolen straight out of your grandmother’s old laundry room. For me it was a pleasant flashback to my toddler days in the eighties, but there are a lot of witty facts to be learned from much longer ago as well. Did you know for example, that one of the first methods of washing linen was to manually press them with your bare feet into a barrel of human urine? This practice came to us from the ancient Romans, but was still enthusiastically used in Scotland (where bloody else?) until well into the 19th century. The more you know…

5. Marvel at a massive lion 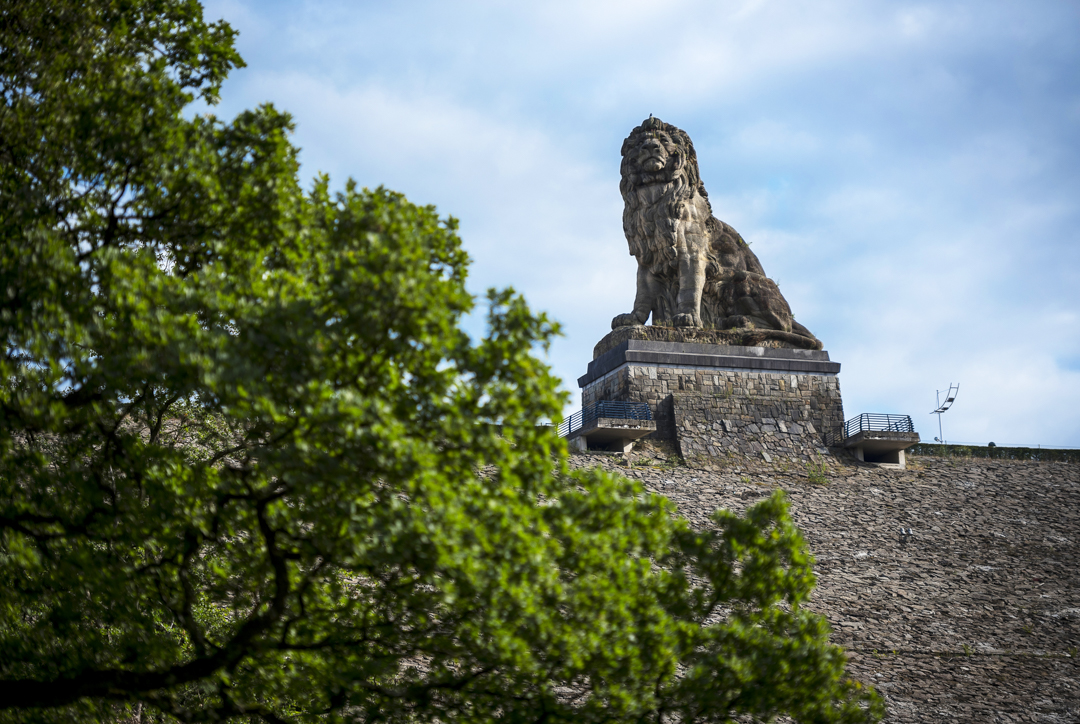 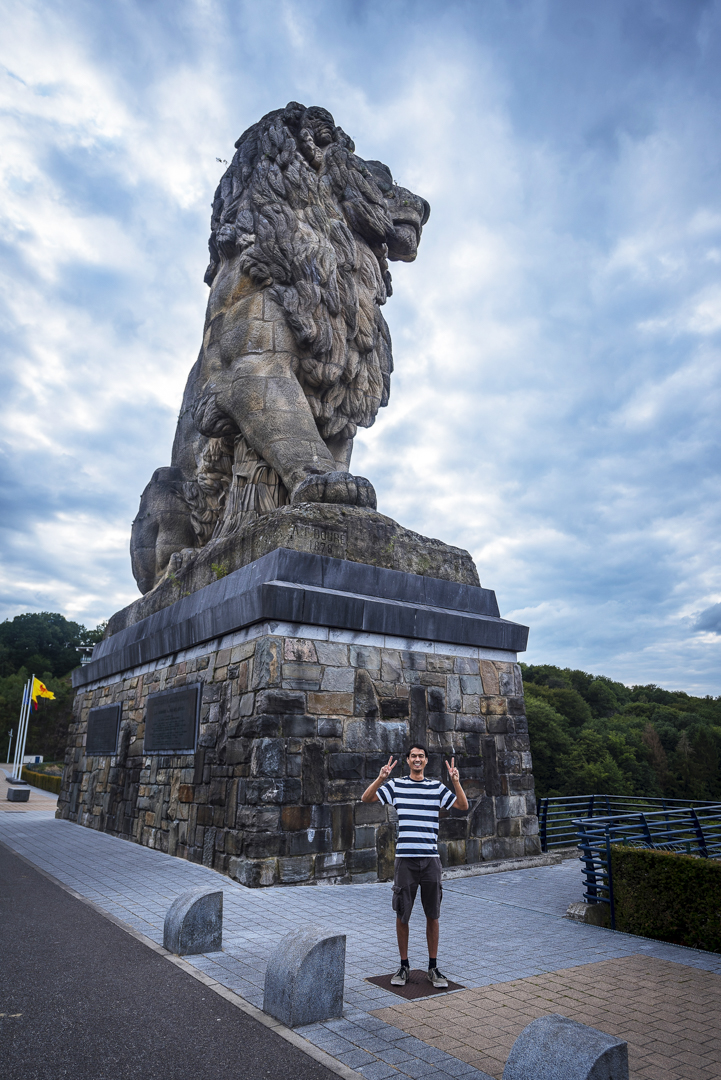 For all you non Belgians out there: Flemish people love their lions. They’re on the regional flag, they’re on the coat of arms, and they’re tattooed on the biceps of every other skinhead out there. Did you know though, that the largest lion in Belgium can be found in Wallonia? In the middle of the impressive Gileppe Dam – a fifteen minute drive from Spa – all high and mighty, stands a 13.5m high and 300 tons heavy lion statue. It was commissioned by King Leopold II – the most loving out of all our royals – and it is greedily looking at the nearby German border. The Walloons having a bigger lion than we do: it must be a bitter pill to swallow for my more flag-waving readers (I don’t think there are many though). And it wouldn’t be the Walloons if they didn’t push the knife in a little deeper. Right next to the dam a 77m high tower was built, housing a panoramic restaurant. In it, our francophone comrades can enjoy a pancake (probably paid for by our money transfers) while they look down upon the symbol of our regional pride in utter disdain. Unbearable! Somebody, start collecting money to put a bigger one on the new Antwerp quay wall! (or don’t, of course)  www.walloniebelgietoerisme.be/nl/content/gileppestuwdam

“The Walloons having a bigger lion than we do: it must be a bitter pill to swallow for my more flag-waving readers.”

Do you love spring water? Gambled away your fortune in a casino and want to warn others not to make the same mistake? Been doing your own laundry for ages and do the ladies love you for it? Does waving flags excite you and do you think I shouldn’t mock this fulfilling, patriotic hobby of yours? Stop whining and just leave a little comment below.

Looking for a bigger city trip in Wallonia? Why not Liège? Rather stay in Antwerp? Read my articles here and here. Looking for some fun closer to the seaside? Read my posts on Bruges and Koksijde here.

This article was realised with the help of Morgane from www.walloniebelgietoerisme.be. Click the link for more info on the region. We stayed at Auberge de Spa, very close to the casino. www.aubergedespa.be