A city trip to Bruges is always a good idea. But what do you do once you’ve seen all the main sights? Trot Op! found out for you and came back with four strange and alternative tips for your next visit to Bruges. 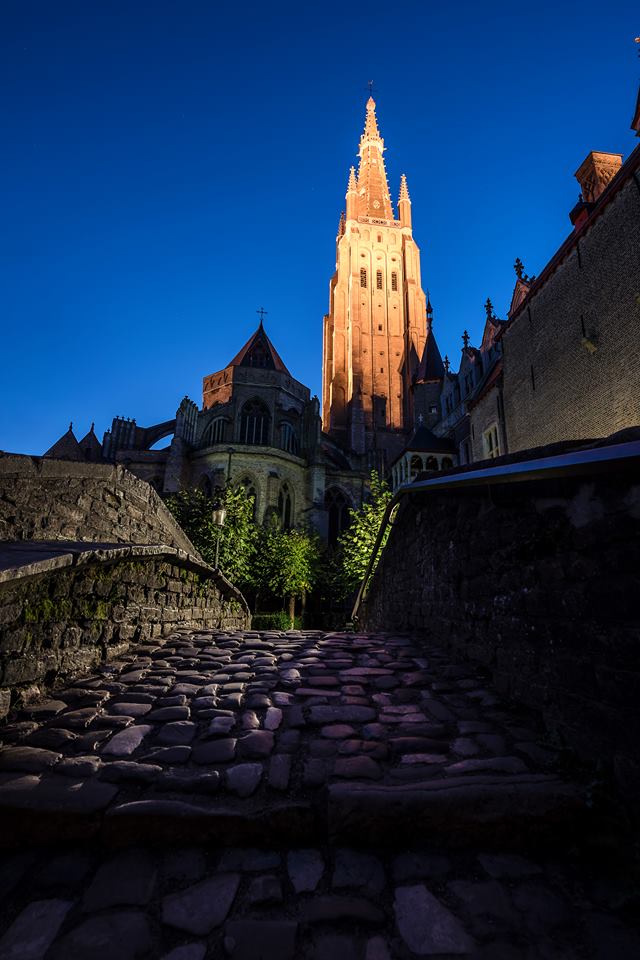 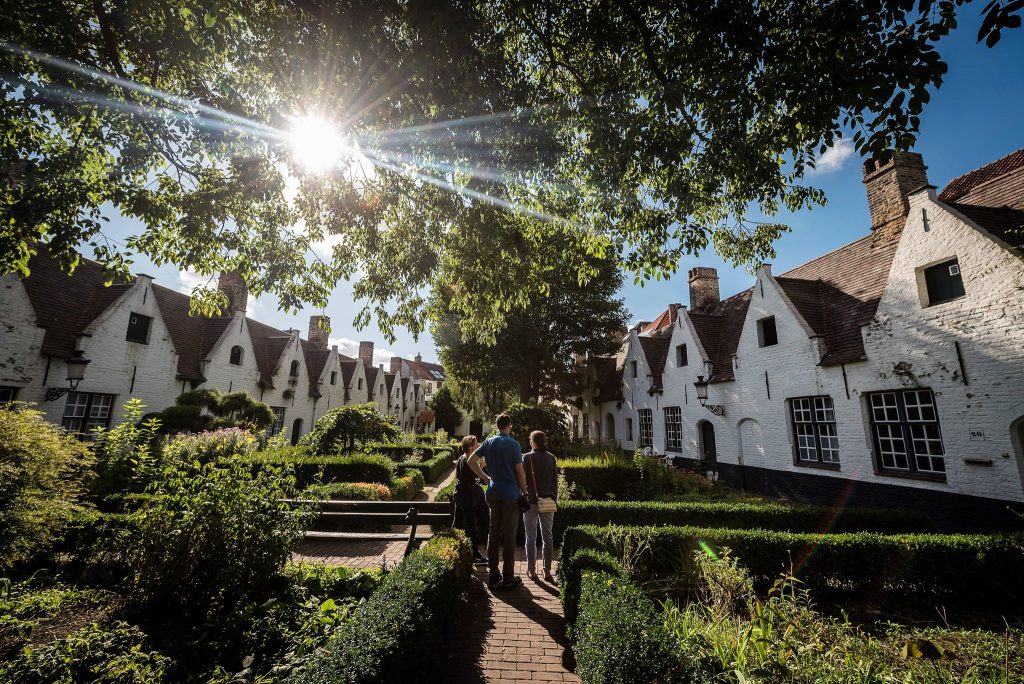 Living in Antwerp, it’s very easy to dismiss Bruges as a picturesque small town punching above its weight: a glorified open air museum, light-years away from life in the big city, where the real business goes down. Secretly we are just saying this because we’re jealous. In Bruges, lots of wondrous historic buildings are still standing, while half of historic Antwerp went the way of the bulldozer somewhere in the sixties.

A wonderful city it is, but strangely one I had never spent the night in. That’s why I decided to gift myself a little weekend away. It would give me the opportunity to take a detailed look at Belgium’s most touristic city. Everyone knows the Belfry tower and the Beguinage, but what else can you visit in the one true Venice of the North?  I came up with four quirky city trip alternatives for when you don’t know what to do in Bruges after visiting the standard spots. 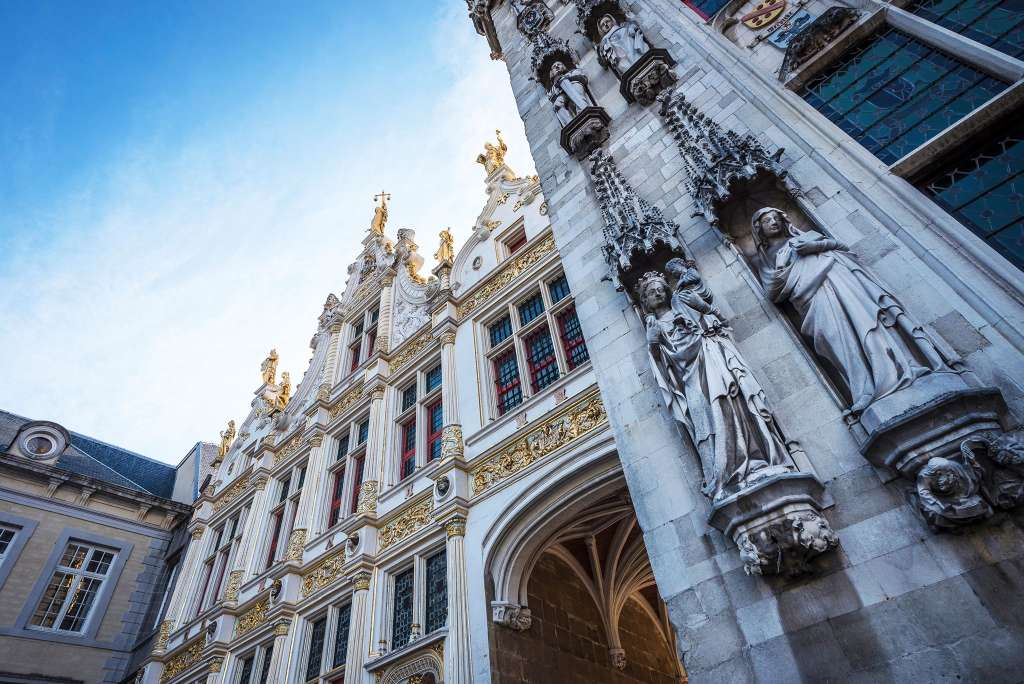 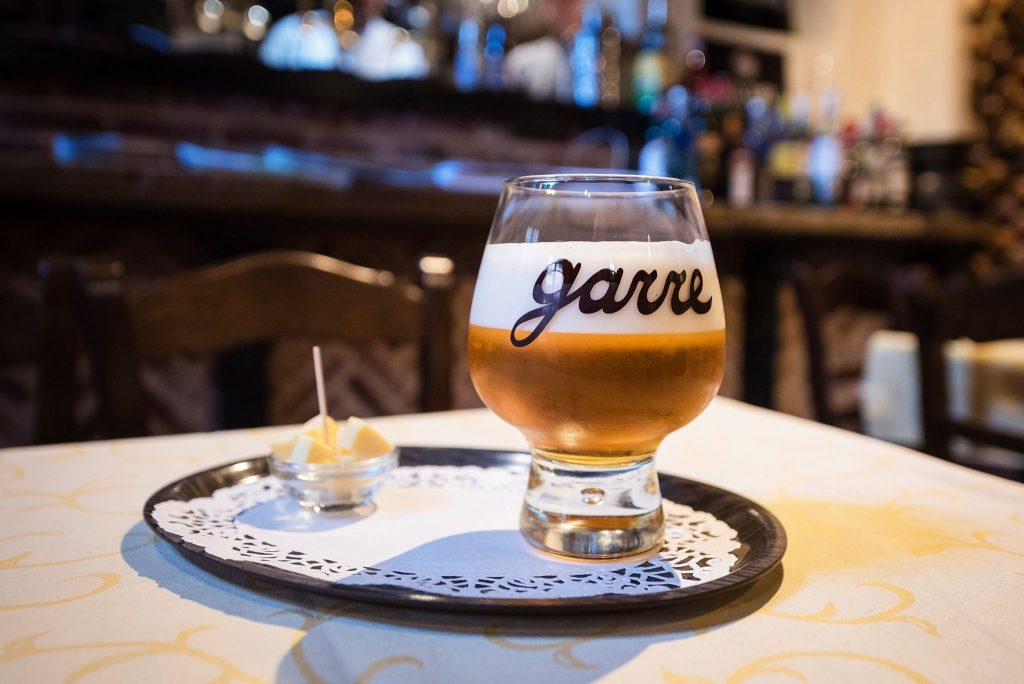 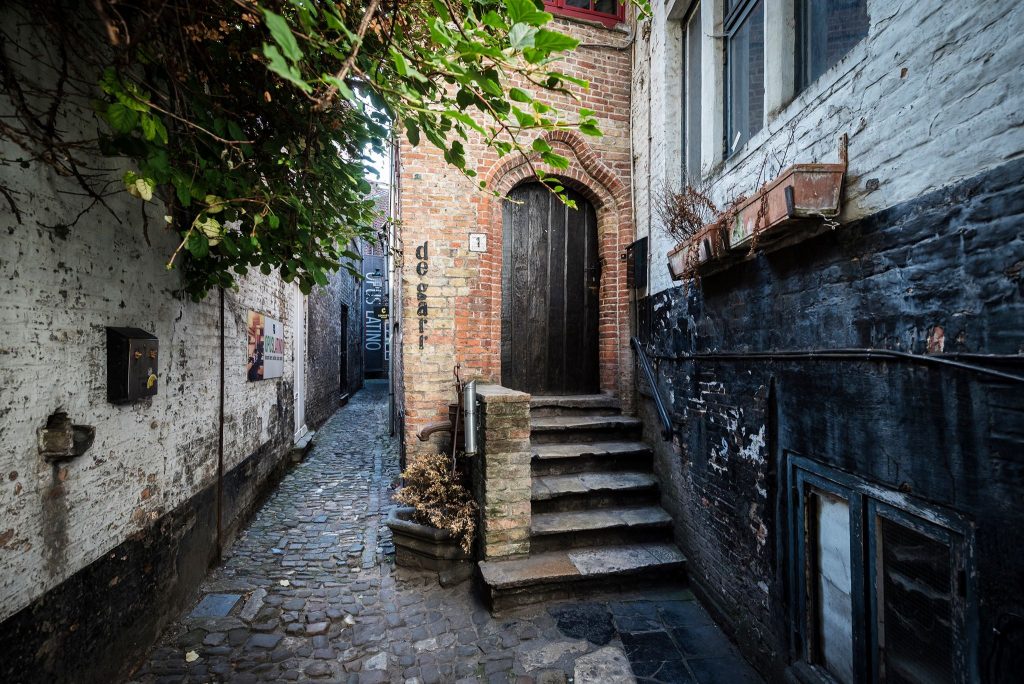 The most famous bar in Bruges among beer lovers is also the best hidden one. Even after someone had told me exactly where I could find it, I still walked past it twice – sobriety could have been of some help perhaps. It’s located right in the heart of the touristic centre – on the street running from the Markt to the Burg. In between two of the six hundred and eighty identic praline shops, is a little gateway leading to a dark medieval alley. In it, behind a sturdy wooden door, lies the cosiest of cosy pubs.

“A note above the bar warns guests they can only order a maximum of three heavy beers per night.”

Café De Garre has a lot of special beers on tap, but is most known for the tripel beer of the same name. It’s sold here exclusively, and with an alcohol percentage of 11, it packs a punch. A note above the bar warns guests they can only order a maximum of three heavy beers per night. This probably says a lot about the number of utterly hammered British beer bellies the barkeep has to drag out of there on a daily basis. No worries though, fun people like me also come for drinks here. www.degarre.be 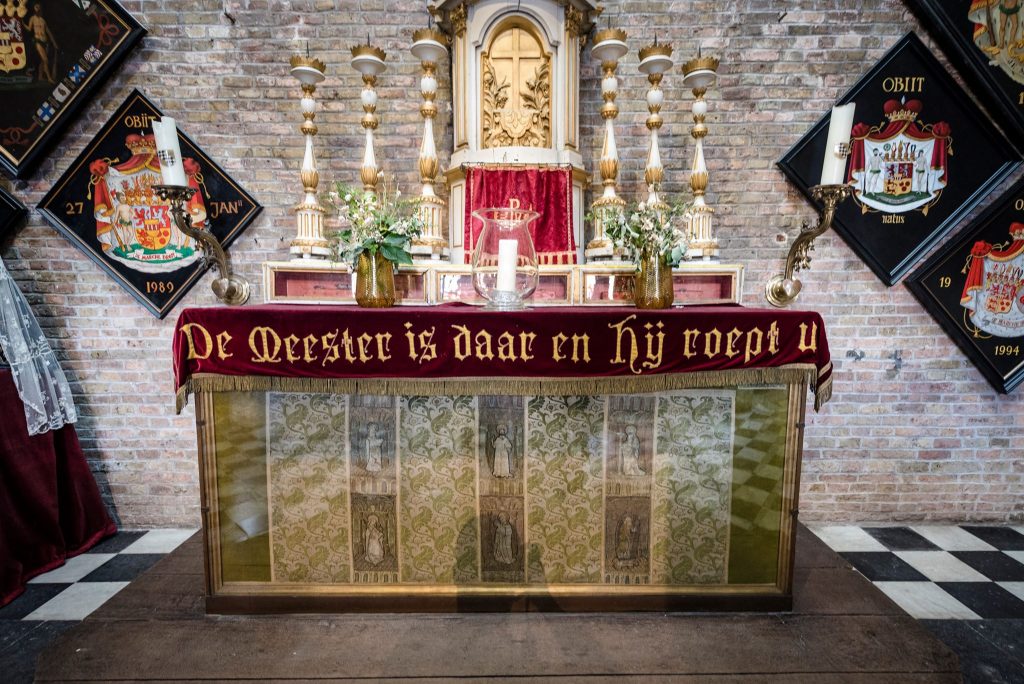 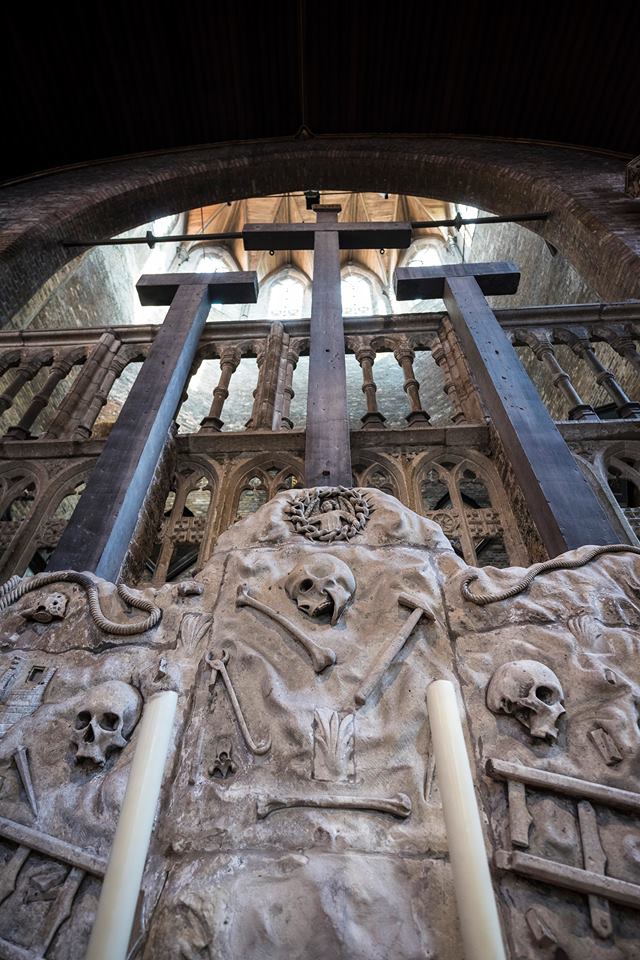 The Jerusalem Church in the lovely St. Anna quarter is probably the strangest in the whole country. It was constructed by the Adornes family in the 15th century, after a pilgrimage to the Holy Land. And apparently they saw some serious shit there, because the result is not exactly child friendly. One of the altars looks like a set piece from an Indiana Jones movie and is covered in skulls and bones. Another sports a bizarre text about the “Master who is calling me” (I’ll be right there, kinky Jesus!). The marble tomb of Anselmus Adornes himself can also be found in this church. In his case a little marble Tupperware jar would have sufficed though: his heart is the only thing buried here. That was the one piece of him they were able to recover and send back to Bruges after he was turned into haggis by a bunch of raging Scottish Highlanders on a trip. What horrible insult led to this assault shall never be known, but it must have been an epic one. www.adornes.org

Coffee bars: who doesn’t hate them? They are gathering grounds of unwashed hipsters, who spend hours there sipping the same latte while they, vigorously typing on their Macbooks, pretend they’re finally finishing that novel they’ve been yapping about for the last five years. But actually they are just wasting time on Facebook like the rest of us. ‘Why are you always lying Sean? Why!?’ You know what would immediately turn such a place of despair from awkward to awesome? Cats! Lazy, fat, fluffy cats to play with until the sun goes down. That’s exactly what a couple of sweet people from Bruges thought as well, and that’s why they recently opened a cat café. In Puss and Books on Ezelstraat, you’ll be surrounded by a bunch of furry friends while you drink your chai latte or – god help you – chococino. All of them are animals that would have otherwise ended up at the shelter. You can even adopt one if you want to – and if you don’t look like someone who cooks pets for fun. If this thing was next door to my house, I’d have written at least five imaginary novels there already. www.pussandbooks.be

4. The Torture Museum: not to be visited before dinner 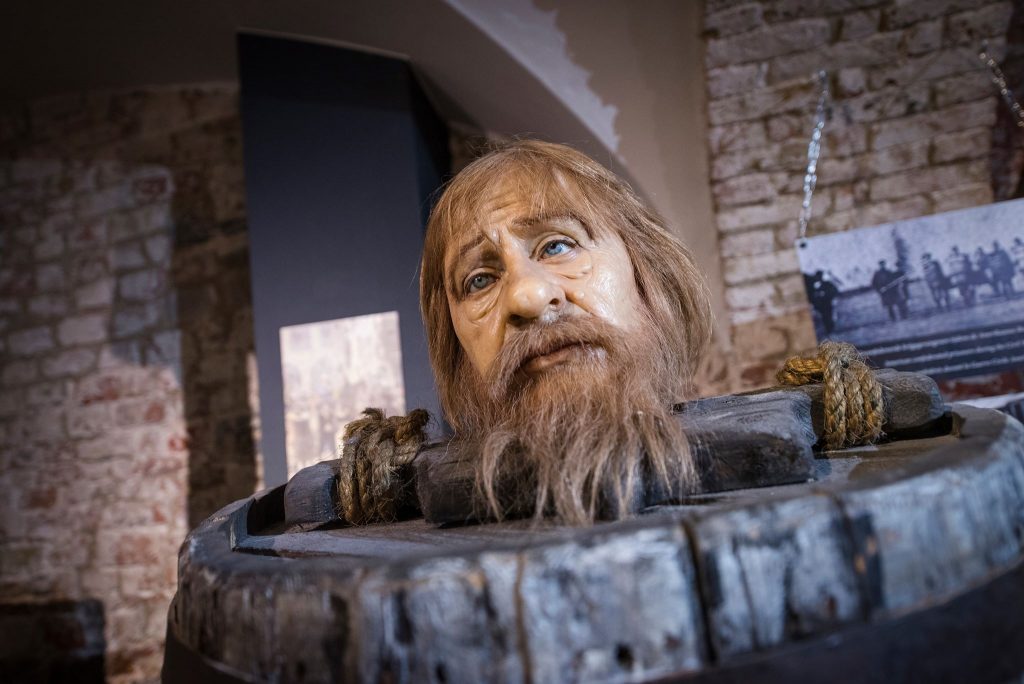 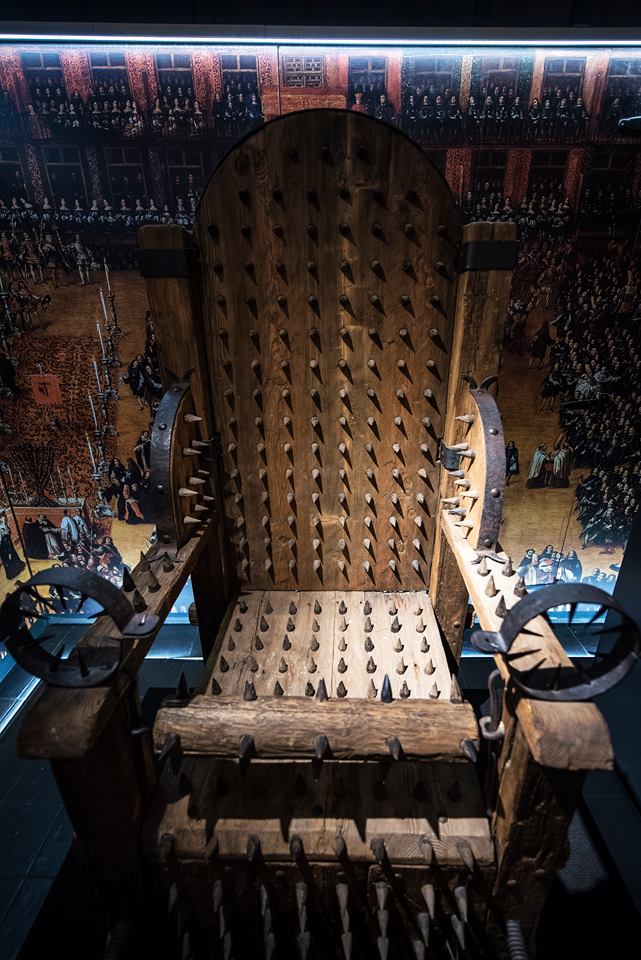 In the basement of an old prison next to – oh yes – another praline shop, lies Bruges’ most morbid museum. In this venue close to the Markt, more than a hundred torture and execution devices are on display. They come with lifelike mannequins whose expressions are so realistic I suspect the artist who made them clears his browser history at least twice a day. The descriptions accompanying every tool are accurate as well, and are sometimes a little nauseating. As an example, I’ll give you these graceful lines on the medieval breaking wheel to think about: “…the victim was tied to a wooden wheel, after which all of his bones were broken with a hammer, reducing the body to a helpless lump of meat (try to picture this in detail, I dare you). Next, the limbs and torso were pushed in between the spokes and the wheel was raised. The victim was then left exposed to the elements and scavengers, until eventually the sweet release of death came over him.” Nice guys back in the day. I’ll be at the cat museum if you need me, staring at the wall in horrified silence.  www.torturemuseum.be

“The victim was tied to a wooden wheel, after which all of his bones were broken with a hammer, reducing the body to a helpless lump of meat”

Bam: four things to do in Bruges you probably didn’t know about yet. Did I forget something? Do I know jack shit about Bruges, should I shut my stupid mouth and could you list at least ten different and much nicer places to visit? Do you have urgent questions that need answering? Got a favourite spot in the city too, and want to share it? Let it all out in the comments below! 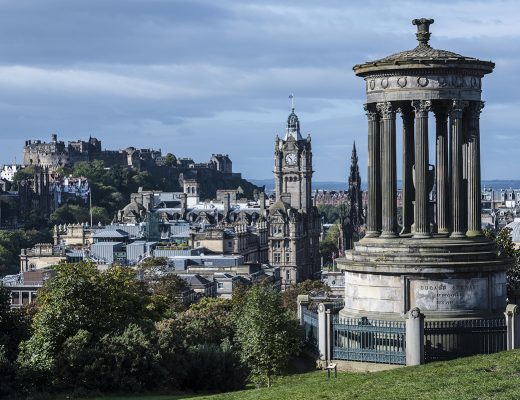 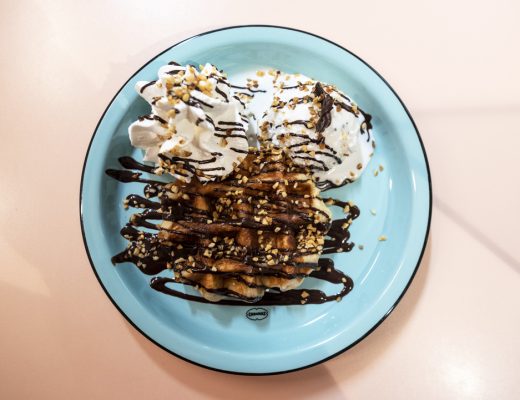 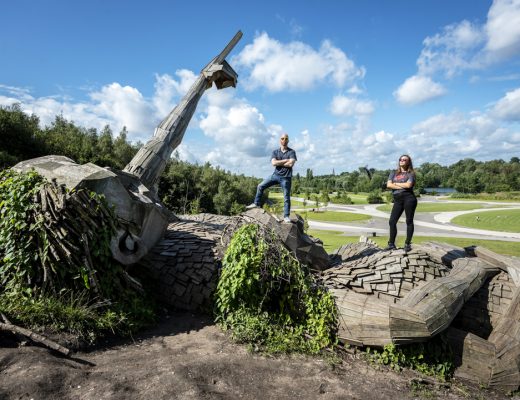 Scheldeland: 8 adventures in the Rupel region