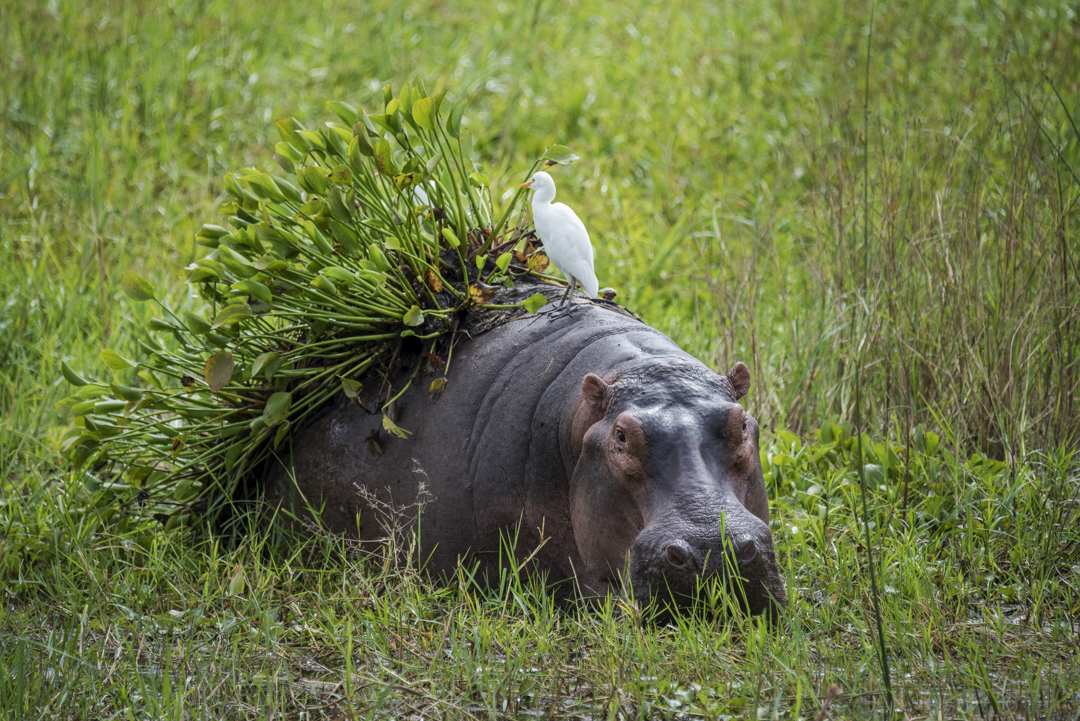 Ah, a trip to Africa: now that’s a real travel experience! The exhilaration that comes with discovering old and unknown cultures, the pleasure of marvelling at one otherworldly landscape after the other, the adrenaline you feel pumping through your veins while you’re getting chased by some rabid animal and the absolute joy of catching a myriad of awkward diseases without even trying. It’s a true adventure every time you go. It was with a certain pride I started telling everyone I knew I was going to spend the majority of May in Malawi (covered of course, in a thick white layer of factor 50 sunscreen). Sadly, I soon figured out next to none of my friends knew where it was. It seemed I was headed to a fairly undiscovered country, and it showed on arrival. My flight to the tiny airport of Lilongwe was mainly filled with home comers, volunteers and self-proclaimed missionaries. Unknown makes unloved and that’s a shame, because Malawi is an extraordinary beautiful country that, like a chicken that doesn’t know it has laid an egg, is sitting on a lot of great assets.

“Malawi is an extraordinary beautiful country that, like a chicken that doesn’t know it has laid an egg, is sitting on a lot of great assets.”

First of all it is safe and stable, and English is commonly spoken. Most people you will meet along the way are almost unbelievably friendly, and for a relatively small country there is a surprising number of different landscapes to explore. Safari parks are available in all shapes and sizes, and in recent years they have (finally) been managed very professionally. And then of course there is the lake. Lake Malawi is incomparable to any other location on the planet, and raises the whole country from a fun destination to a completely unique experience. Time to go and take a look for yourself I say. To visit these five highlights, for example. 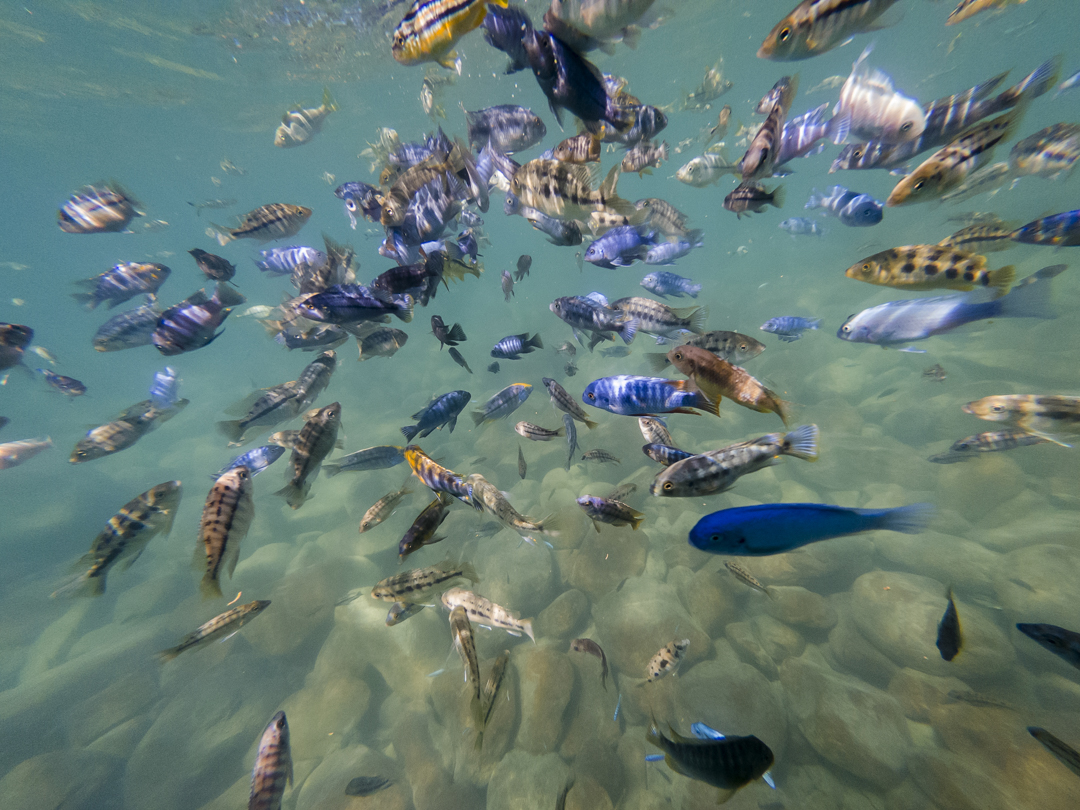 In primary school I had a friend I used to visit to – as a first careful step towards psychopathy – throw GI Joe action figures down the stairs with. His father had whole walls of fish tanks in his living room, and Malawi was his dream destination. There was one simple reason for this: there are more different species of fish in Lake Malawi than on the entire American and European continent combined. Most of the 850 species that were already discovered are cichlids. These are fish in all sorts of bright colours who protect their young by lovingly stuffing them into their mouths. Think about that for a second, next time you give your sweet old mother a kiss. Jump off the boat in the right spot and you’ll swim through whole schools of dozens of different species: a snorkelling experience without equal in fresh water. The lake is so large that in some areas you can’t see the shoreline, and on windy days the waves can be surprisingly high. It sometimes feels like being in the Mediterranean. You’ll see everything from white sandy beaches to deserted islands and lush jungles full of ugly baboons and two meter long monitor lizards. Every sunset is a painting and every evening a fleet of local fishermen will go on the lake to spend the night there in self-made canoes. The starry sky then appears to be mirrored in the water by the lamps they take to brighten the surrounding darkness. It would be a romantic sight to enjoy with your arm around a local beauty, were it not for the shitty little flies that are literally everywhere at night. Well, even paradise wasn’t perfect. 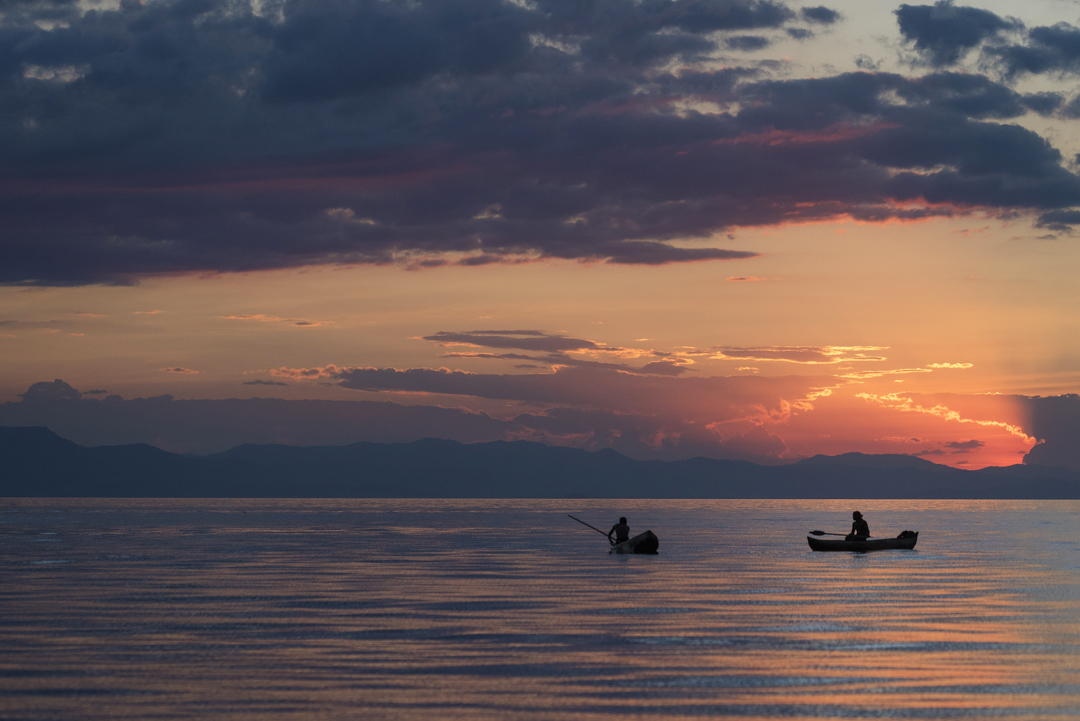 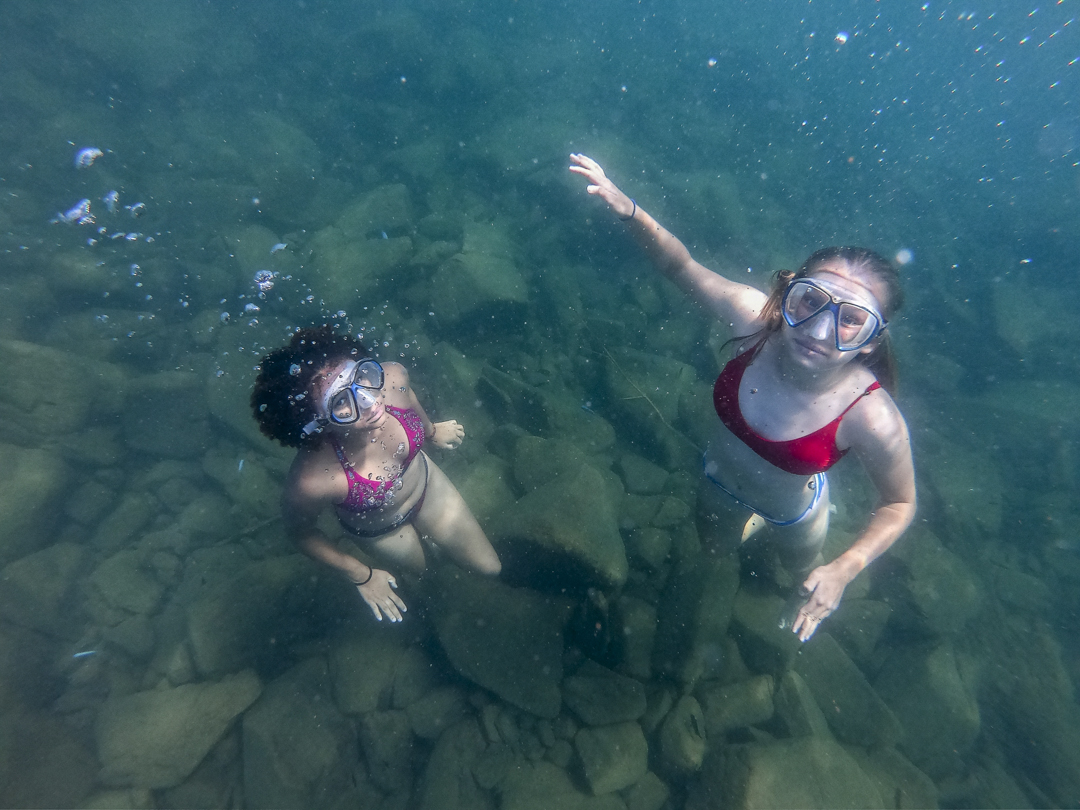 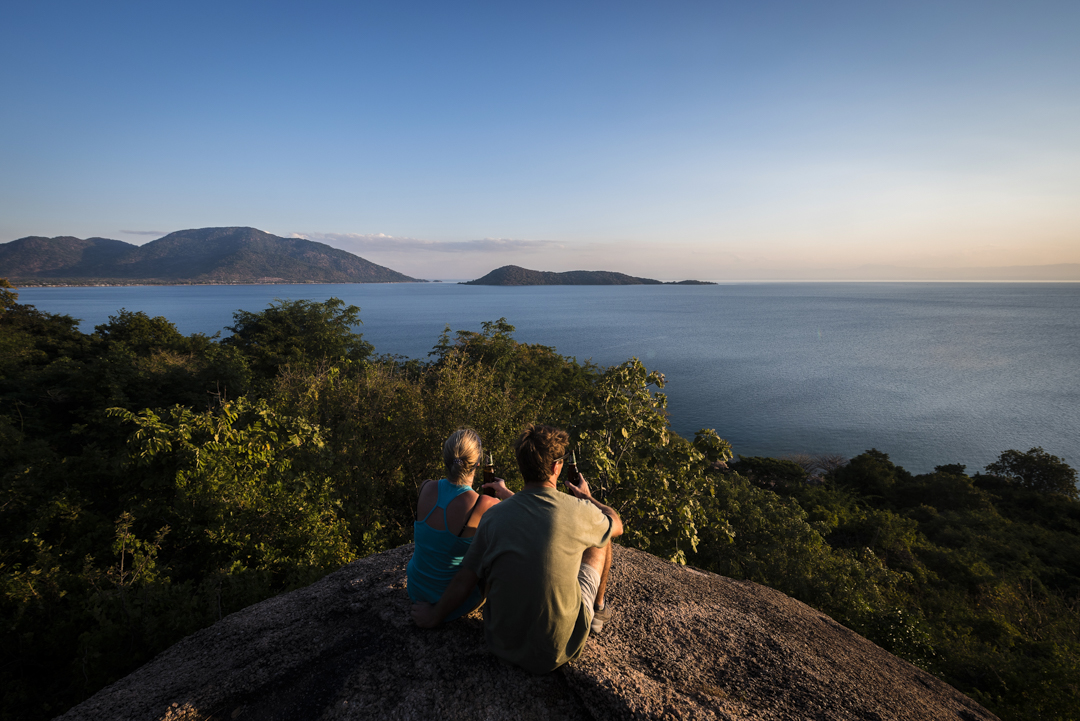 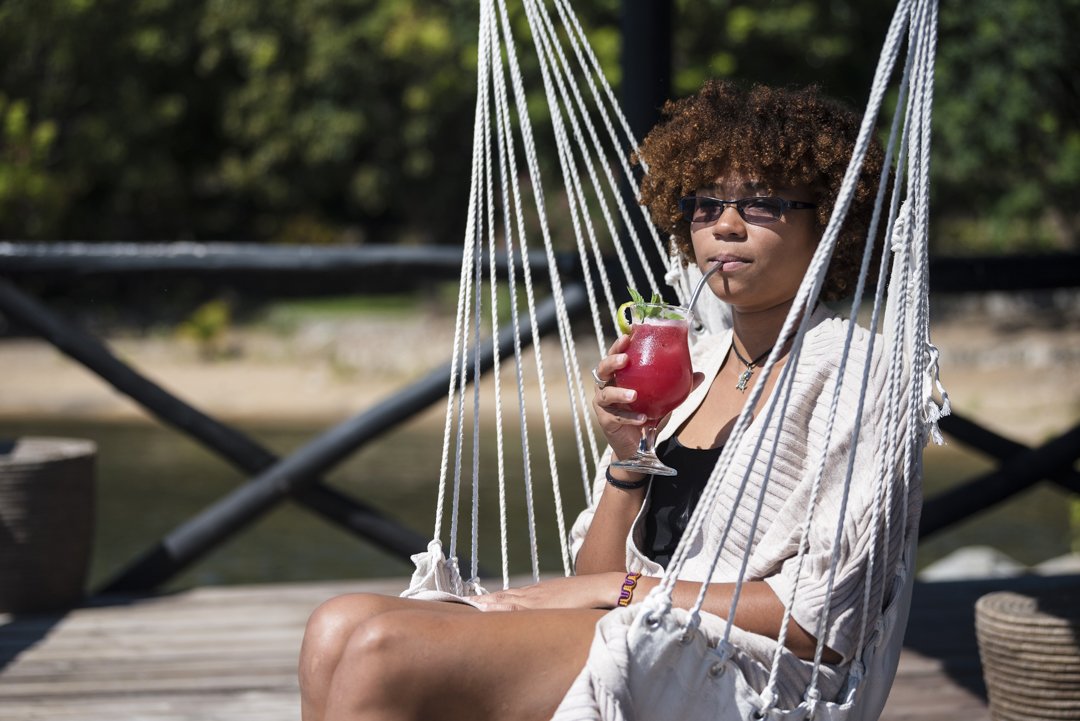 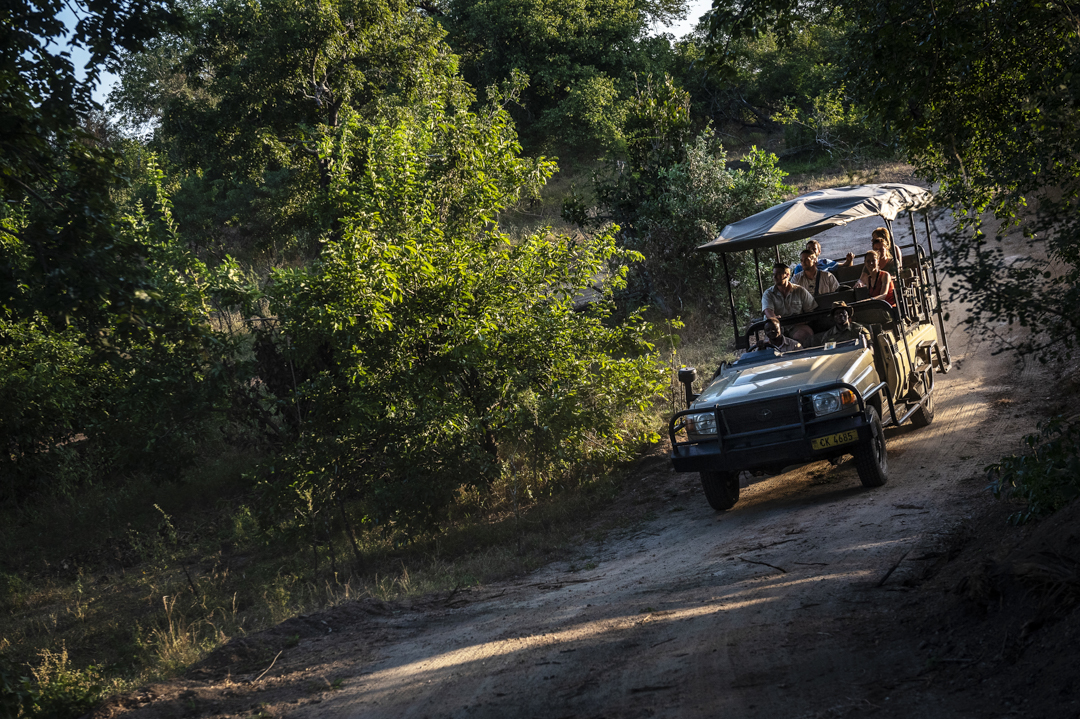 In the early 2000s, Majete was a place with lots of trees but barely any animals. Everything on two or more legs had been poached or butchered, and the odd remaining monkey was deemed too old or too disgusting to eat. All this changed dramatically in 2003, when the reserve was taken over by African Parks. That same year, armed rangers were hired and rhinos were transferred into the park. Three years later a whole bunch of elephants followed, and in 2012 a pride of lions was introduced. Today, populations are humping each other in such vast orgies, they have to transfer them to other parks to prevent overgrazing.

Majete consists mostly of thick African bush, with the Shire River winding through it like a silver ribbon. This thick foliage is fun to drive through singing the Chitty Chitty Bang Bang theme, but it also allows the big five to hide themselves quite easily – especially in the rainy season. I spent the entire first day fruitlessly looking for elephants with a guide, just to have four of them walk right past my bedroom window after leaving the camera at the restaurant. The river cruises organised here are great fun. They’ll take you to a sandy sunset spot along the water where you can have some beers while you enjoy the day winding down. A couple of weeks before I arrived, a raging lioness burst out of the bushes right when they were preparing the picnic. “Make yourself look big, don’t panic, and for God’s sake don’t run away!” the guide yelled, but when he looked over his shoulder, he saw everyone else had run straight for the boat. Never flee from a charging lion kids, unless you’re absolutely positive there’s at least one person dumb enough to stand in place. #lifehacks

Where to stay? High-end: Mkulumadzi Lodge 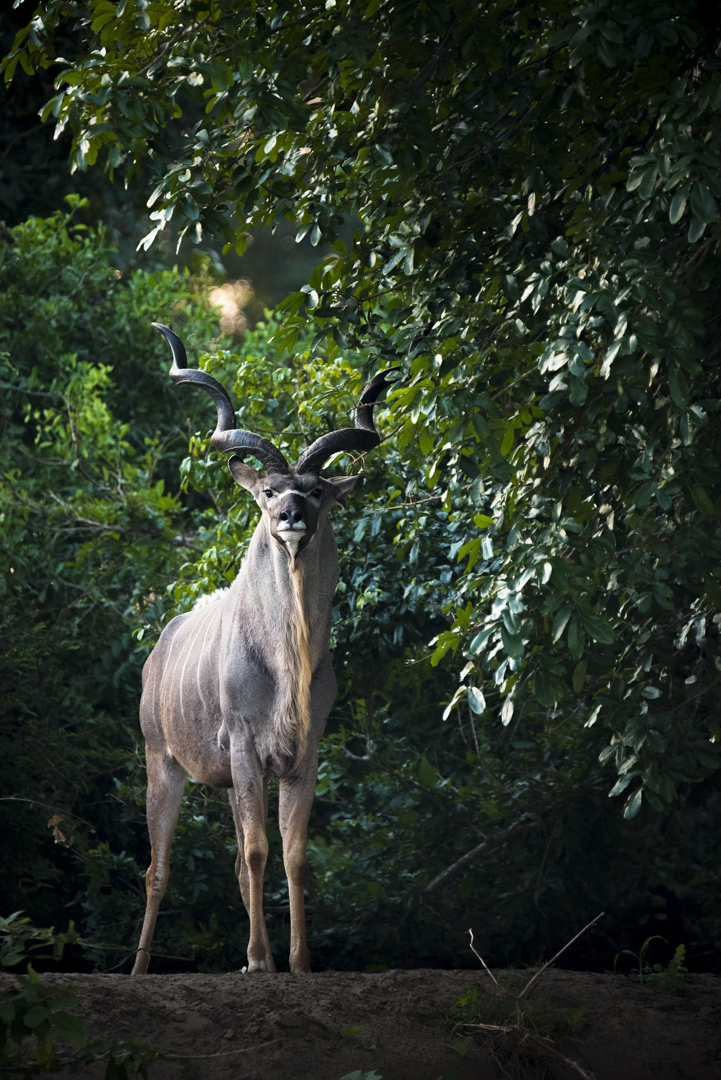 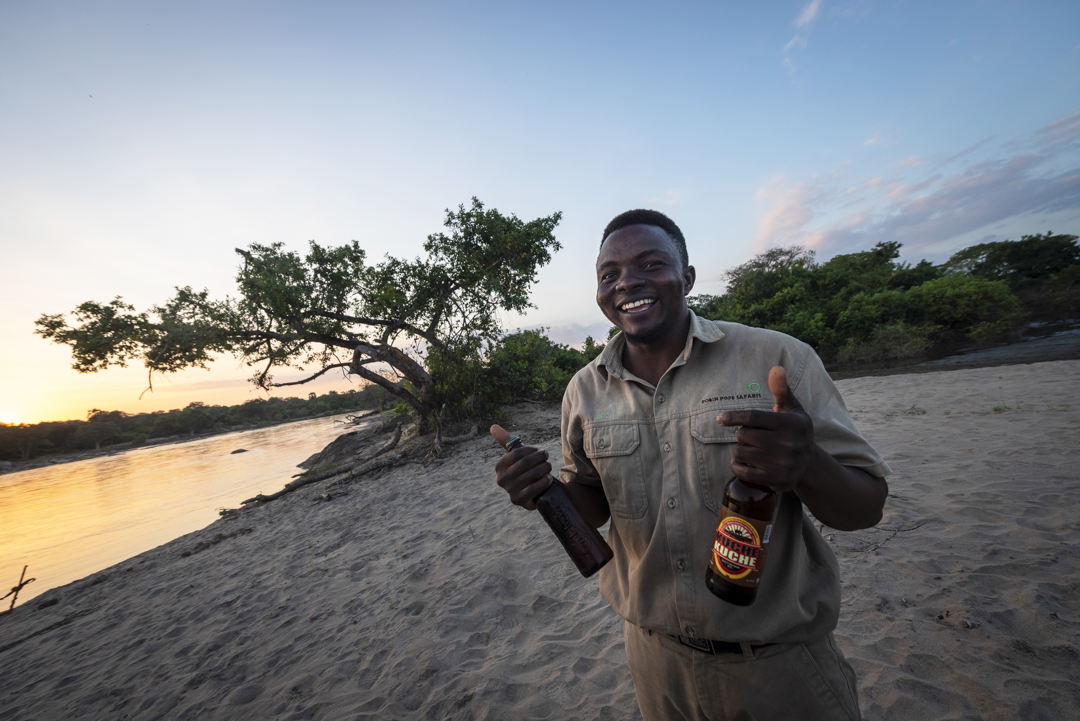 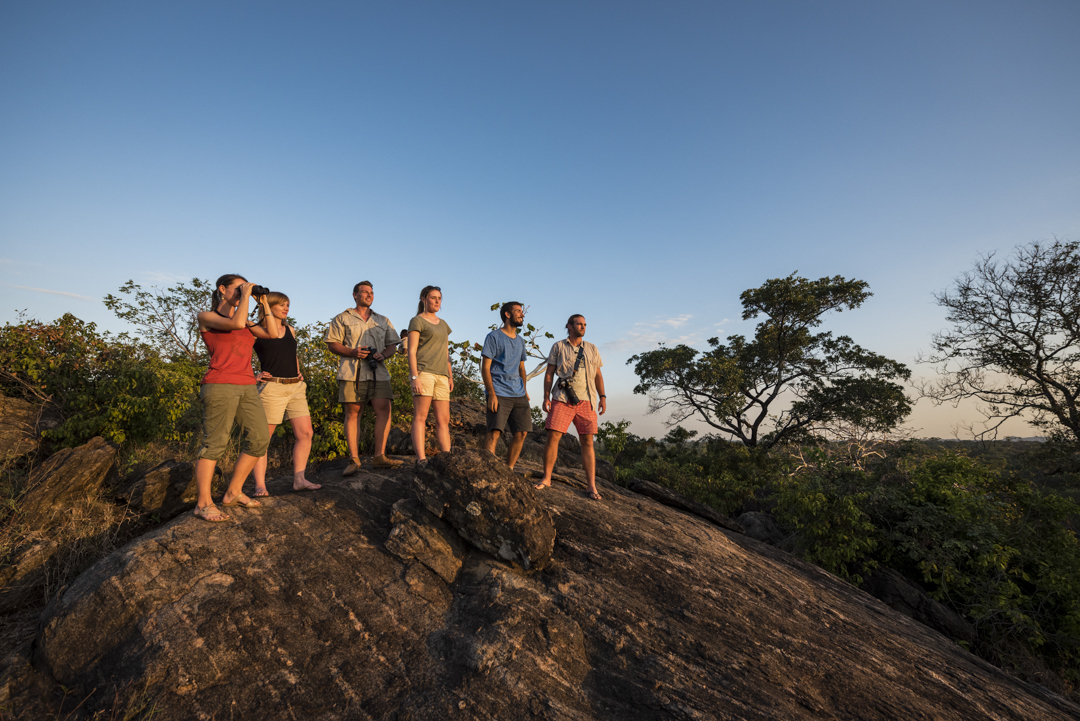 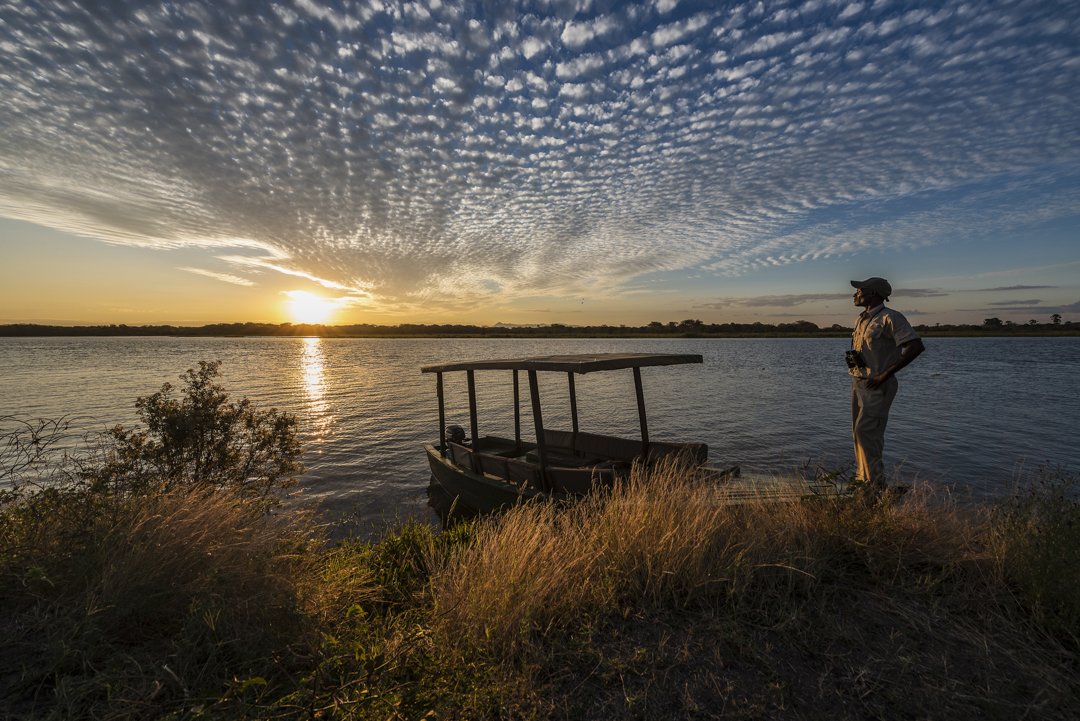 Liwonde wasn’t doing too well either before it entered the African Parks portfolio in 2015. On the average walk you’d find more snares than animals, and because it wasn’t fenced, locals would regularly get trampled by herds of angry elephants. Just four years later the entire park was electrically fenced, more than 30,000 (!!) snares were removed and 336 excess elephants were given permanent leave to other parks. Today, Liwonde is a gorgeous reserve. The Shire runs its course through this one as well, but the river is much wider and calmer here. Sit down in front of your hut by the water and you’ll see half a zoo worth of animals passing by: from chubby hippos with weird birds on their heads to roving gangs of monkeys and ridiculously large Nile crocodiles. Sunset is the most beautiful moment to see the park. You can crack open a cold one with your guide along the river and watch the sun bleed out over a landscape full of termite mounds and antelopes, while a dozen hippos grunt happily in the water just meters from your folding chair. You’d be hard pressed finding a more essential African scene anywhere else. I’d belt out the Lion King opening theme to go with it but I guess it would scare away the animals. It would also be kind of offensive I guess.

Where to stay? High-end: Mvuu Lodge, Kuthengo Camp. Mid-range: Mvuu Camp. Budget: you can take your own tent to Mvuu. 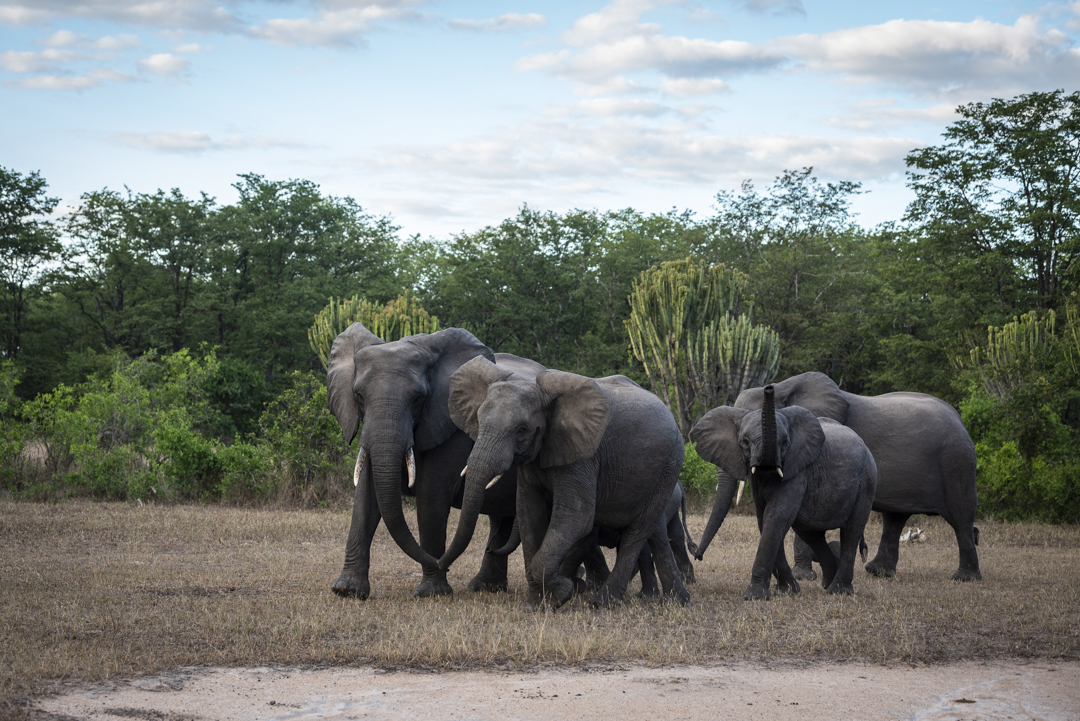 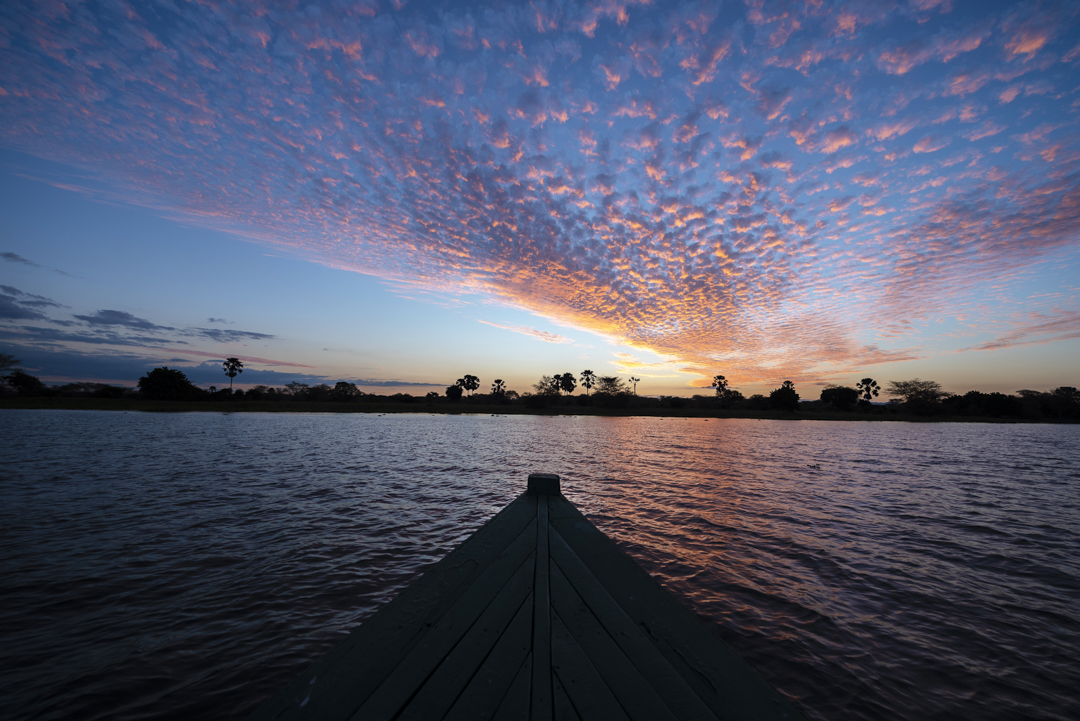 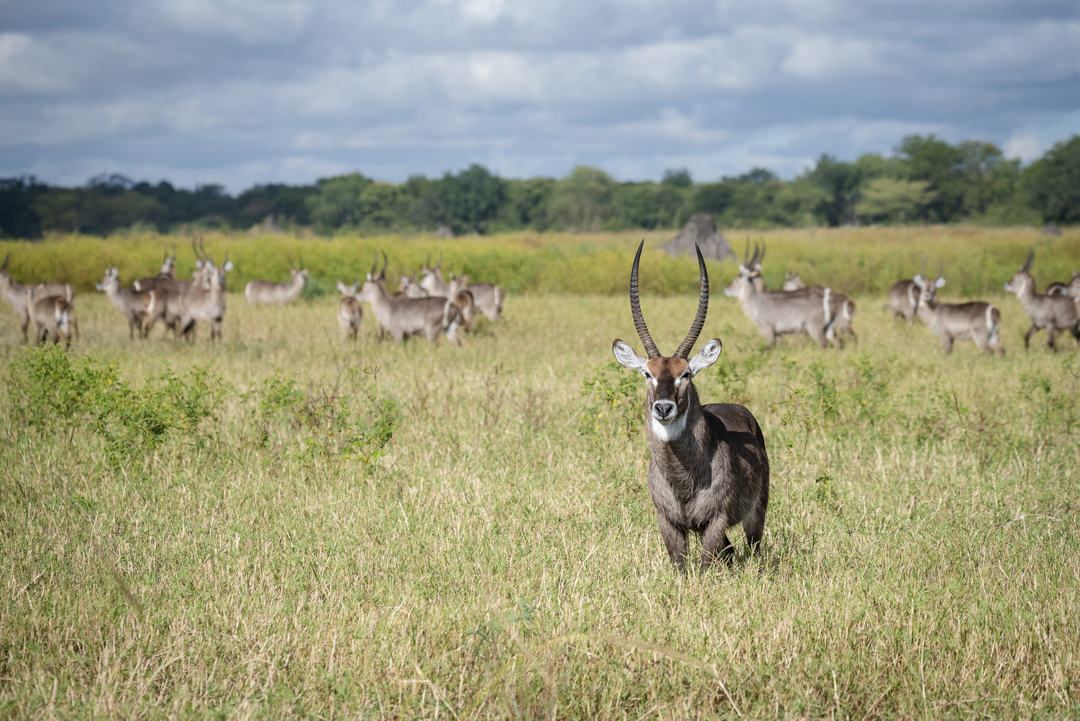 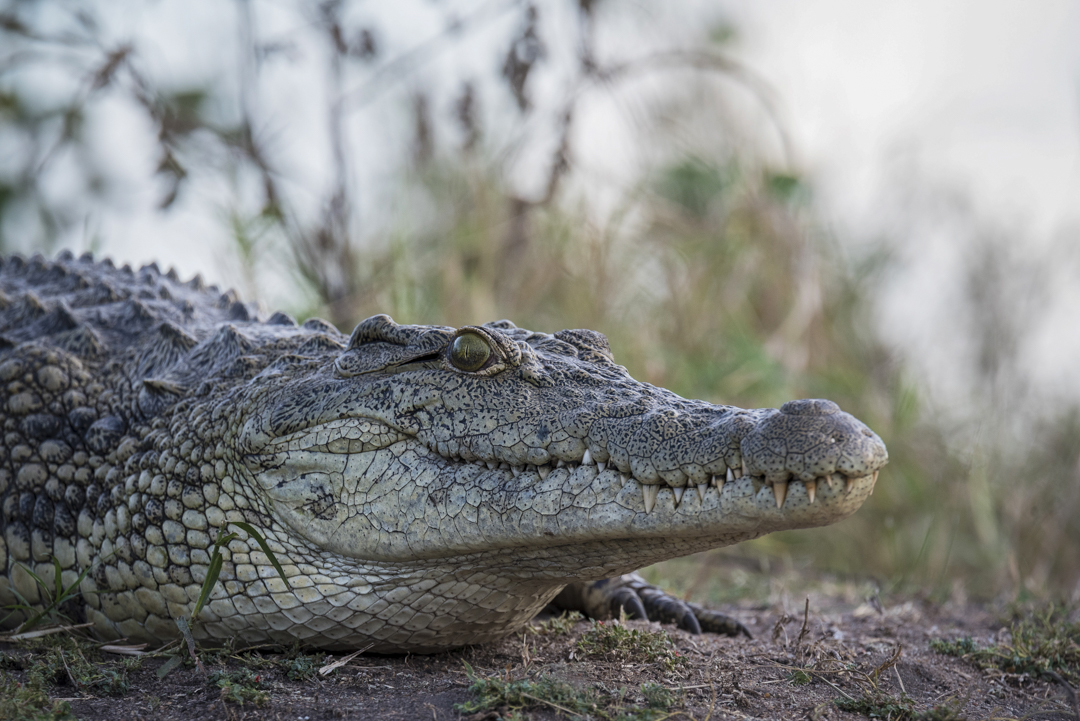 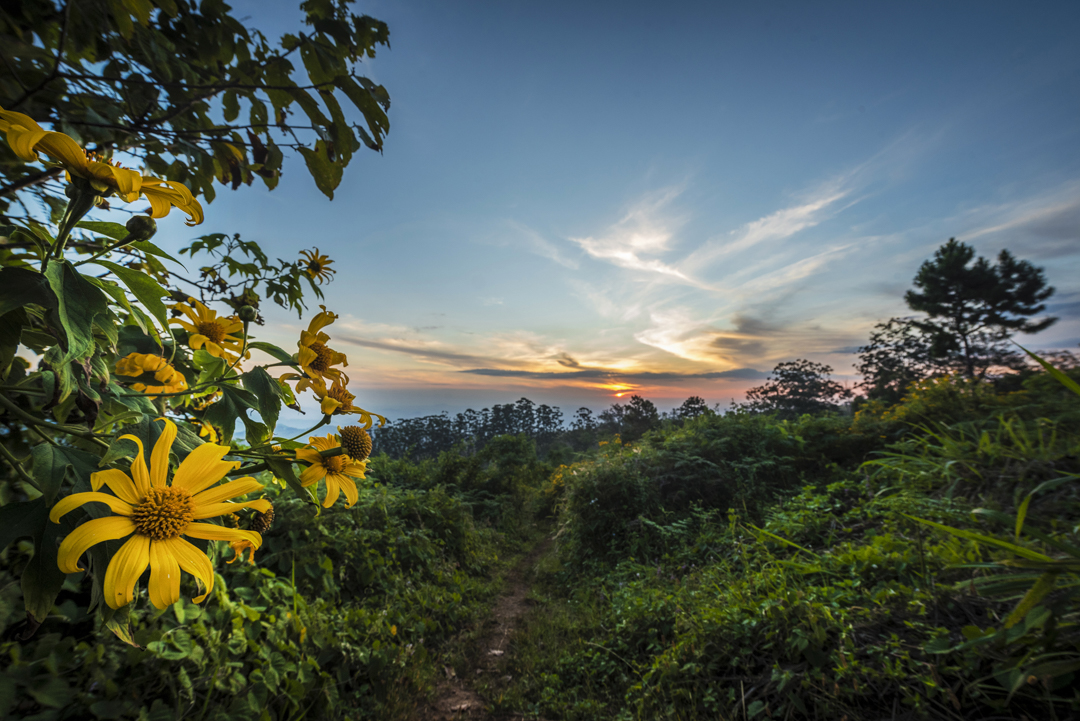 In times gone by, Zomba was Malawi’s capital, and apparently one of the nicer colonial cities in British Africa. Today it’s a dusty town with a typical African market and many cheerful little shops with funny names. The surrounding landscape is more interesting: vast plains as far as the eye can see, with the occasional rugged monolith piercing the horizon. The Zomba Plateau is one of them, and it towers above the city. On top you’ll find beautiful grasslands perfect for horseback riding, and dizzying cliffs allowing views over what seems like half the country. Somewhere halfway up the plateau – only accessible by a bumpy dirt road – lies the Zomba Forest Lodge: one of the nicest places I spent the night.

“Spending a few days here in a hammock with a gin & tonic on your belly, is a form of therapy the world’s best psychiatrist can’t prescribe.”

The Forest Lodge is a colourful old house with four guest rooms, run by Tom and Petal: a very nice and very British couple.  There is no electricity available on the premises, which means the nights are darker than the black hole in your soul and everything has to be lit with candles and solar powered lanterns. On a clear night you can see the entire Milky Way passing over the roof. You’ll enjoy the best food in Malawi twice a day during your stay, and in the eight hectares of protected forest around the property, hundreds of dazzling little birds fly from flower to flower. Spending a few days here, in a hammock with a gin & tonic on your belly, is a form of therapy the world’s best psychiatrist can’t prescribe. Having no means of connecting to the outside world means you can’t worry about it either. 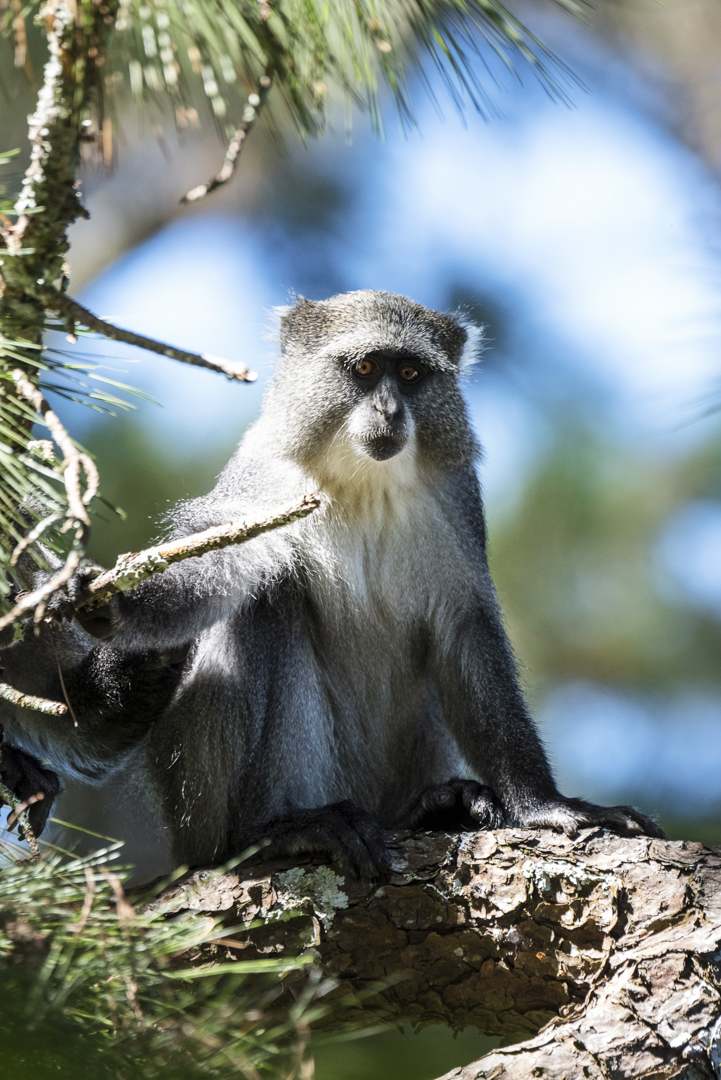 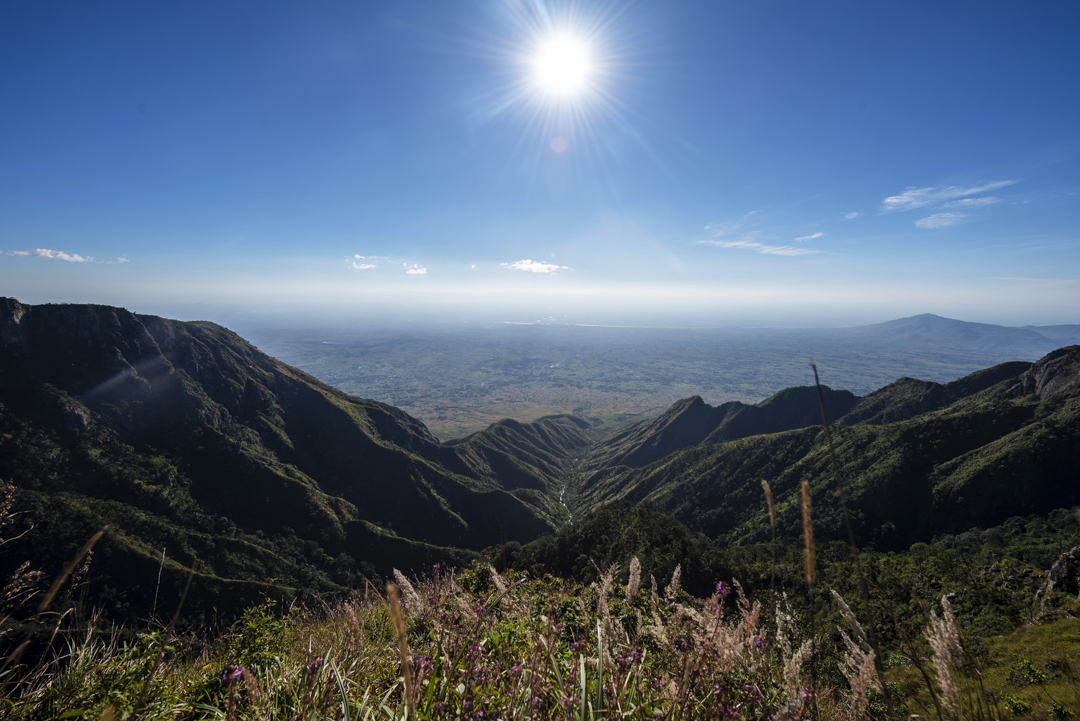 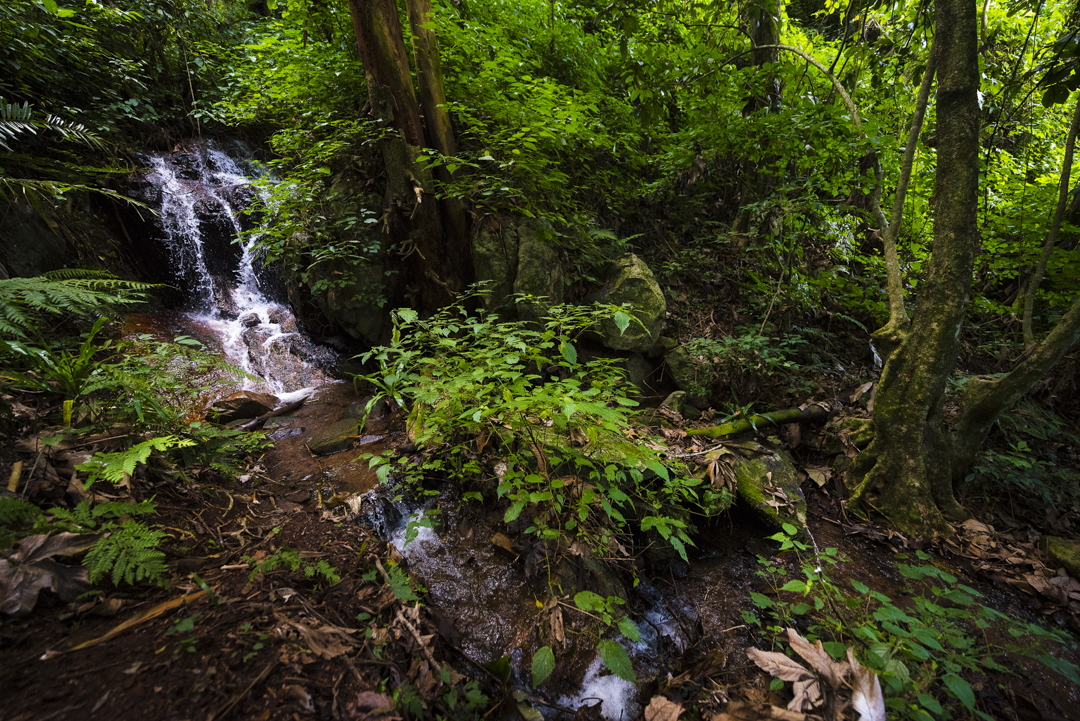 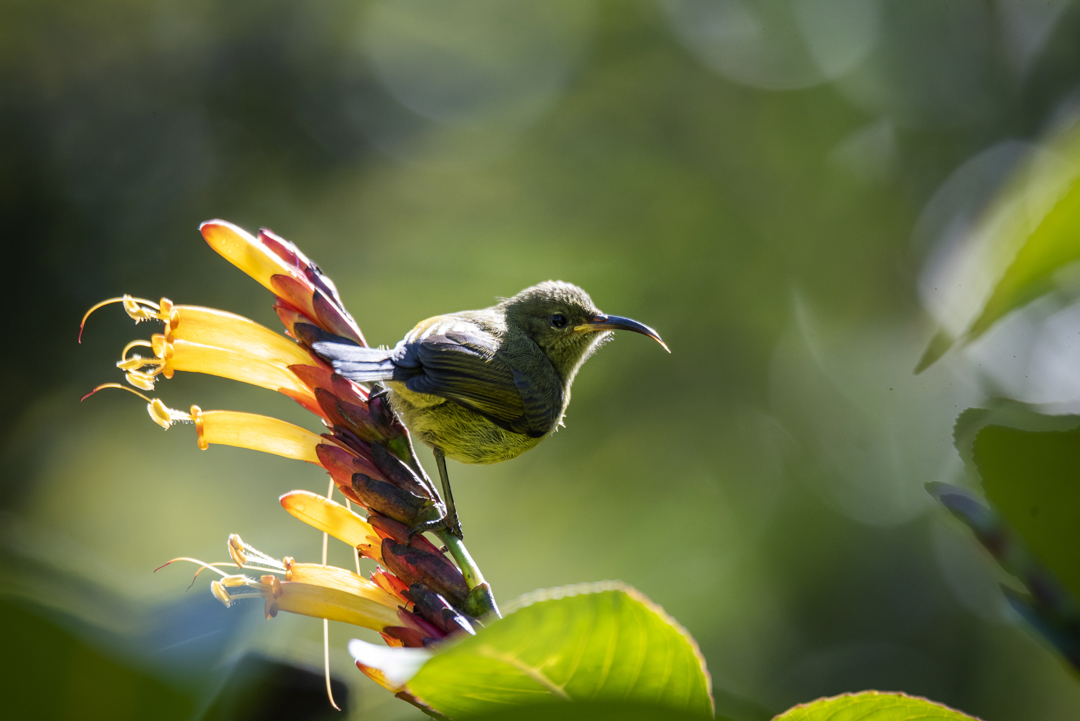 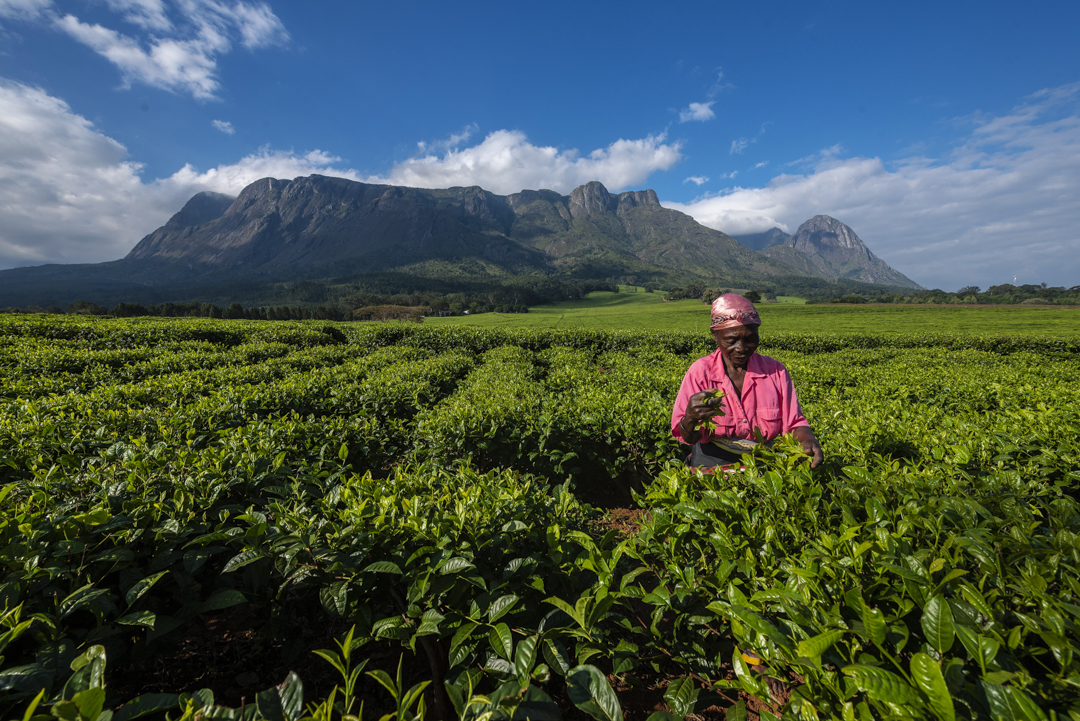 Mount Mulanje is a gigantic granite slab of rock in the south of Malawi: the bigger version of Cape Town’s Table Mountain. It’s a plateau with an approximate altitude of 2,000m, and it has a number of higher peaks on top. It’s the ideal place for a brisk mountain hike and there are some chalets available up top to enjoy an overnight stay in. Around the mountain are endless tea plantations on gorgeously rolling hills – also a sight to behold. The people living around Mulanje are more superstitious than the rest of the country: live in the shadow of a monstrous mist-shrouded mountain for a thousand years and you’ll start seeing stuff as well. There are many legends told of the mythical things lurking near the summit. One of them tells about a one-eyed, one-legged monster floating around in the thin mountain air – hopping about would indeed look a little silly – that will make you disappear forever if you dare and look it in the eye. Eerily familiar to the women that seem to suddenly go up in smoke as soon as I give them my most endearing smile on a Saturday night at the bar. One more gin & tonic please.

Where to stay? Mid-range: Fisherman’s Rest & Game Haven – both near the city of Blantyre, approximately 1.5 hours away from the mountain by car.

There, you are now officially up-to-date on Malawi. Do you have any further questions? Have you been there yourself and do you want to share a story of your own? Are you one-eyed and one-legged man who now feels insulted because I just called you a monster? Feel free to share your complaints or compliments in the comments below. You can read my article on the animals of Malawi and why some of them suck here.

My trip to Malawi was made possible by the amazing Kelly White at www.malawitourism.com.

I flew with Ethiopian Airlines, via Addis Ababa: www.ethiopianairlines.com

While in the country, I got logistical support from Live To Travel – the Belgian specialist for all trips to Malawi: www.livetotravel.be 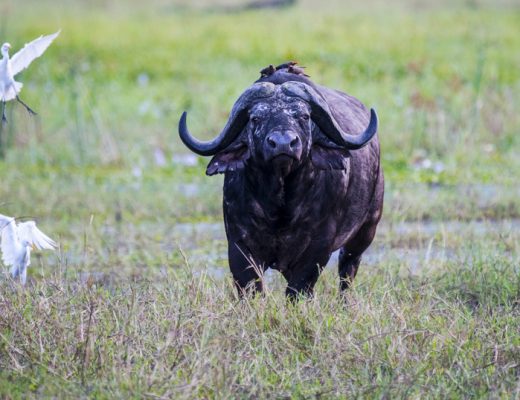 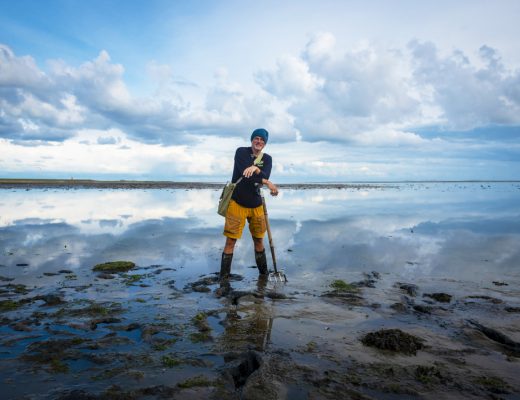 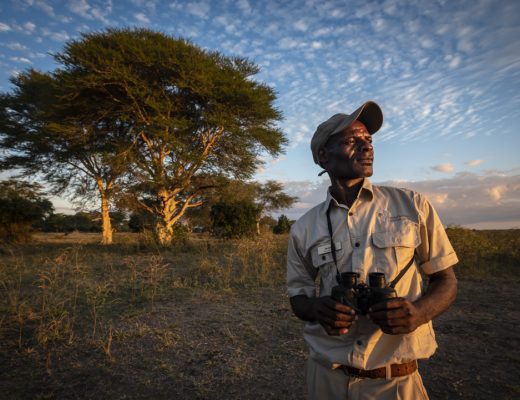