Winter in Antwerp is more than just the Christmas market and the fireworks on New Year’s Eve. Trot Op! braved the cold and hit the streets, searching for six alternative activities to help you get through even the coldest winter days. 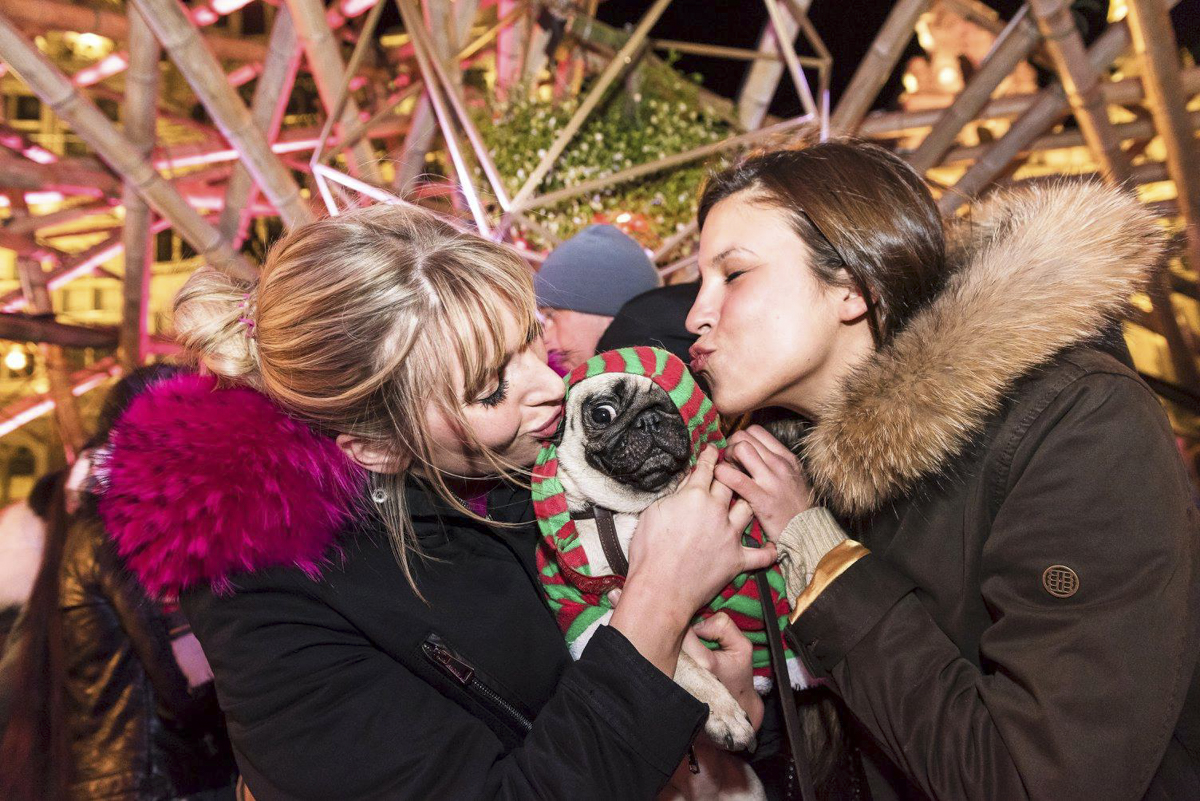 Don’t beat me to death for it, but I think winter is a bit of a shit season. Had I lived somewhere in the majestic Swiss Alps, yodeling my way to work on a snowboard for half of the year, I can imagine getting excited about it. Winter in Antwerp however, amounts to months of freezing my nipples off in drizzly grey weather just to finally be rewarded with half an inch of snow on some sad February day. Snow by the way, that will be reduced to black sludge after the first morning rush – and I don’t get out of bed before ten, so what’s in it for me?

Let’s just agree winter in Antwerp is a time of hardship and sorrow. Better make things as cosy as possible then, I would say. Fortunately, people are not just idling about in Antwerp during the holidays, and numerous activities are organised to add some colour to these dreary days. You can of course join the few thousand other chumps drinking overpriced mulled wine on the main Christmas market. Fun indeed, but you’ll probably be aching for something else after an hour or two. This is why I took it upon myself to provide you with some alternative activities to make winter in Antwerp as bearable as possible. So pull your most festive Christmas hat over that egg head of yours and go exploring. Before you know, we’ll all be sweating in front of the AC again.

1. Transit: a fantastic redevelopment project in the old Permeke Garage 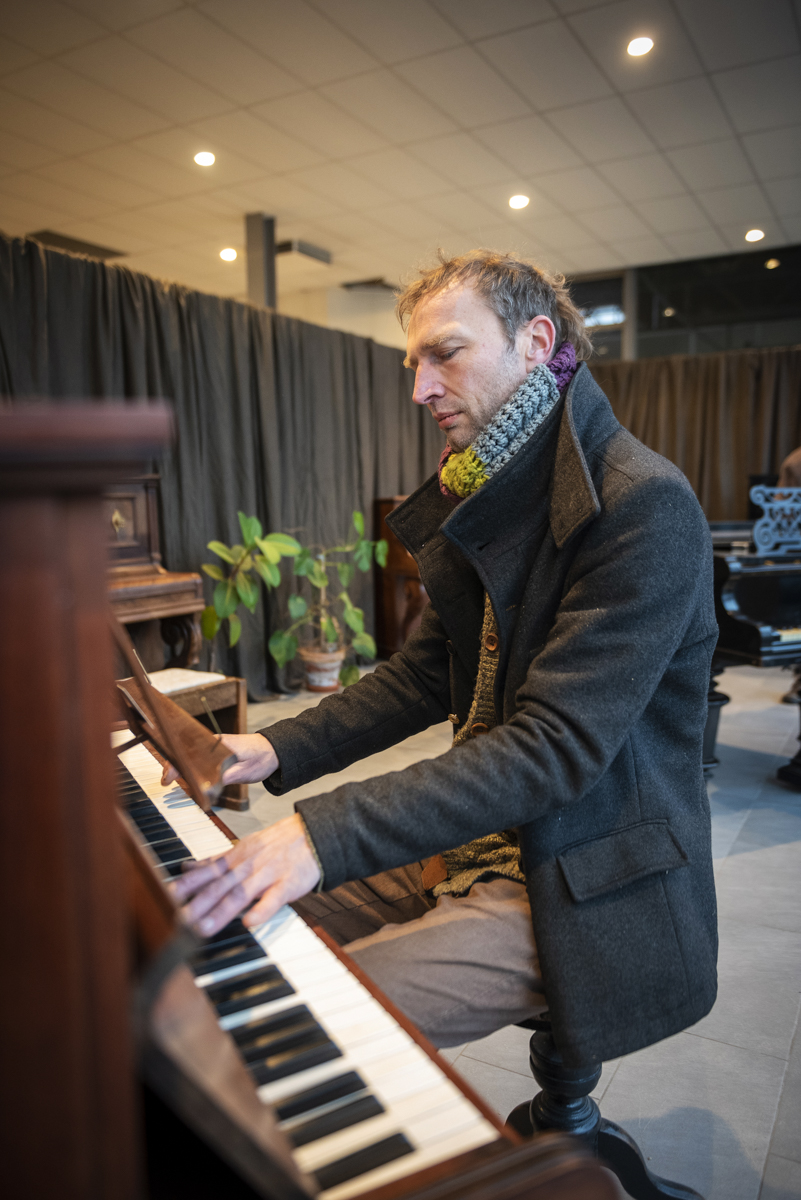 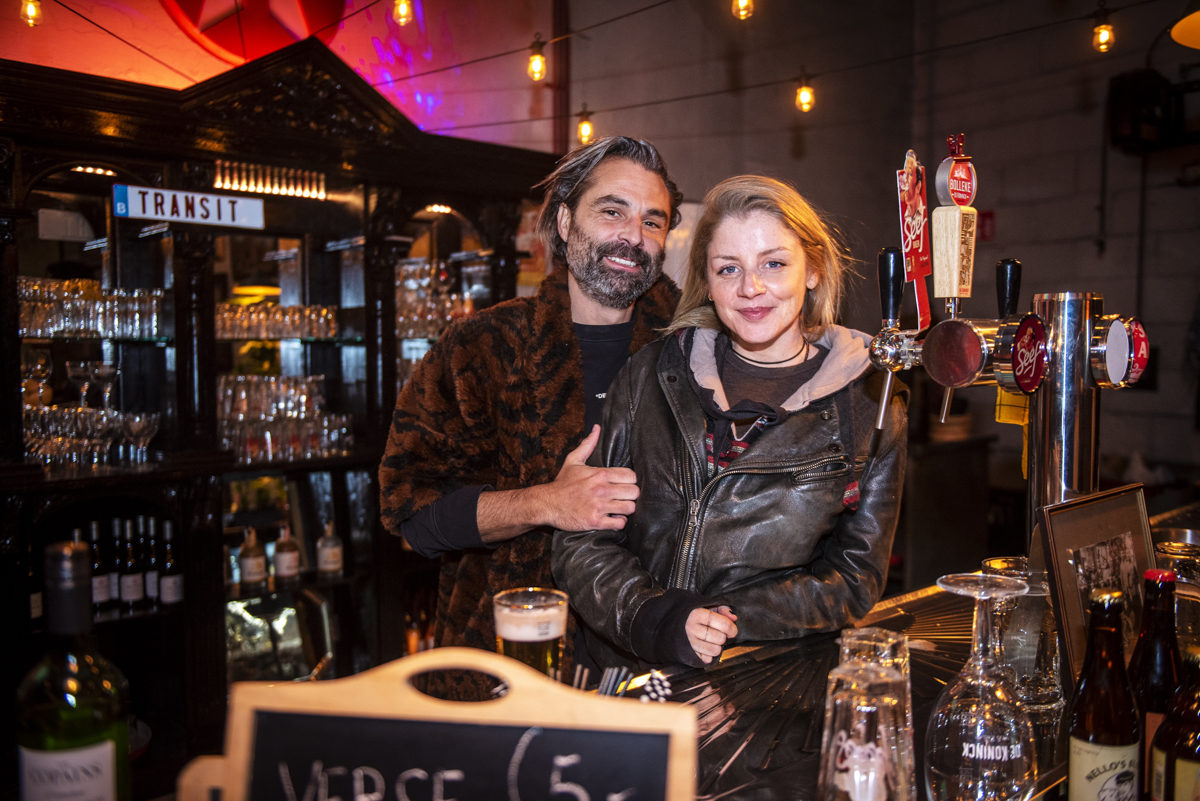 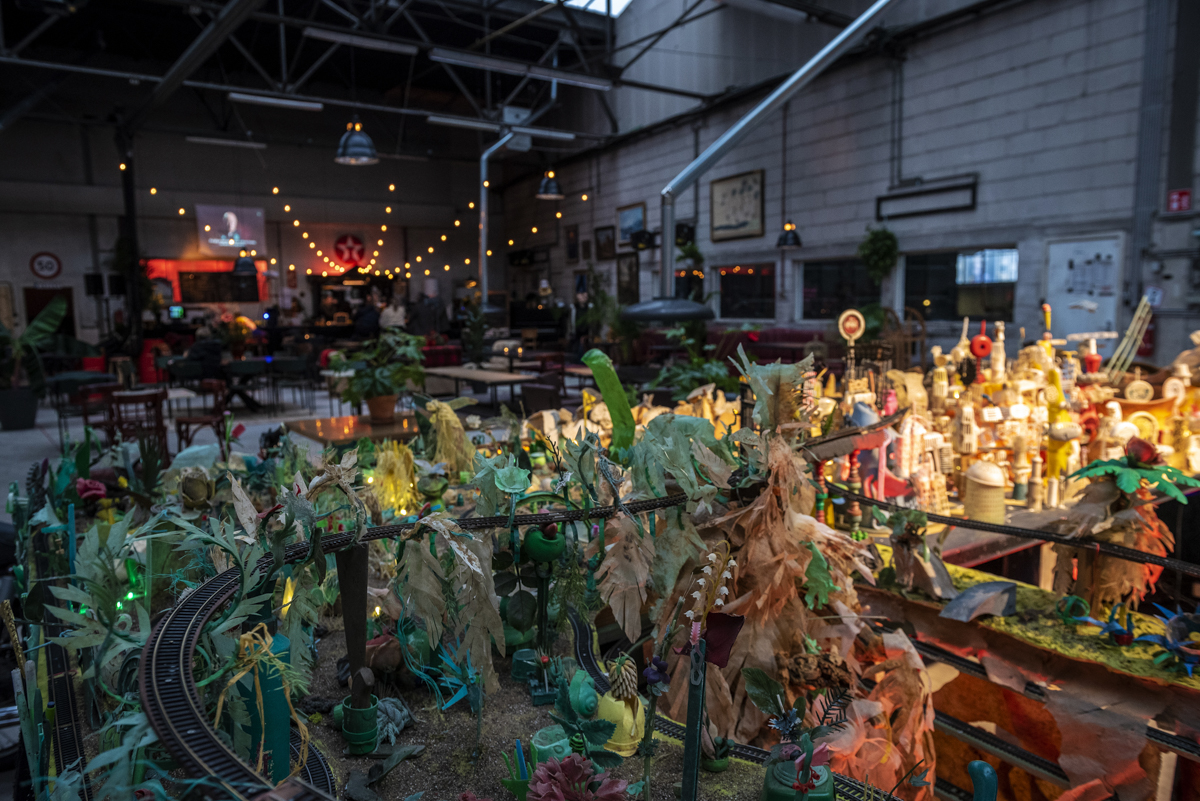 Transit, in the Kiel area, is Antwerp’s newest “winter” bar. This is a redevelopment project opened this December, in the vacant Permeke garage on Jan Van Rijswijcklaan. A colourful collection of entrepreneurs and artists set up shop here in studios and workplaces, and on top of that a quirky neighbourhood bar was opened in the central hall. Here you can have a bite or drink around one of the wood stoves, or in a nice old sofa. Prices are quite democratic and performances are regularly held. The next big event will be a roller disco on 22 December. You’ll be able to show off your best moves with evening traffic passing by on the other side of the giant windows. There’s still space to rent for more creatives. The project is managed by the ravishing Caroline of Monumento, and applications can be sent to her via info@monumento.be. The location will be closed for some maintenance work from 25 December to 6 January, but is open for the entire year afterwards. www.instagram.com/transit.permeke/

2. China Light in the Antwerp Zoo (but actually in Mechelen) 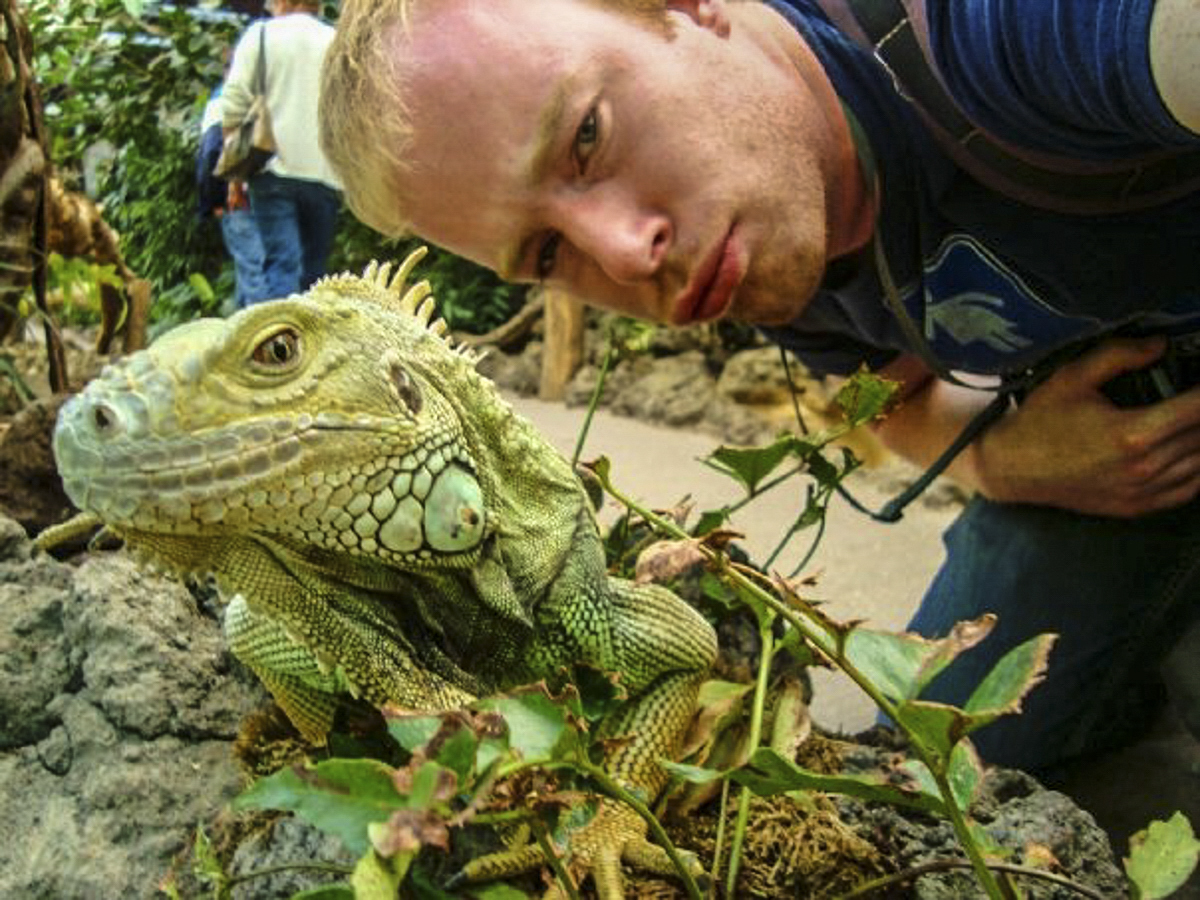 *Didn’t feel like driving to Mechelen, so here’s a 15 year old pic of me and my iguana-buddy in the Antwerp Zoo instead.

Every year, the Antwerp Zoo hosts a beautiful light festival of Chinese design in December. Of course they just had to wait for me to finally write a piece on it, to then organize it in the Planckendael Zoo instead. Guess who looks like a prick? This said, this year’s theme is Giant bugs and those that eat them, and Mechelen is just a short train ride away. You have to buy a separate ticket to visit China Light, but I’ve never actually done that. I always ask for a zoo membership for my birthday because I never know what people should get me. In Belgium, it gets dark so early in winter, you can just walk into the zoo with your membership card before normal closing time and the whole spectacle will already be lit. You pay nothing and you’ll see it all: nice. The same trick probably works in Mechelen as well, and it’s a pretty nice place to visit anyway. In 2023 China Light will be held in the Antwerp Zoo again, so if you really hate provincial towns you can always skip a year. www.zooplanckendael.be 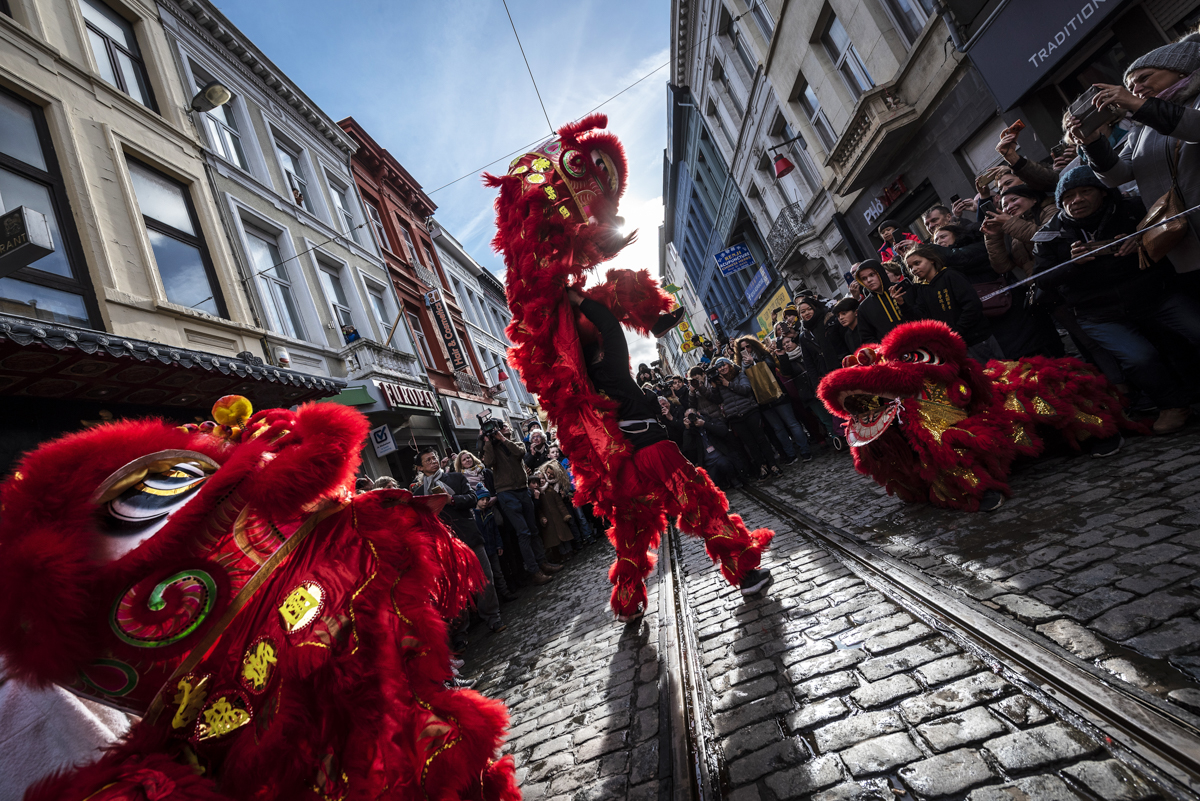 Speaking of the Chinese: did you know Antwerp has its own little Chinatown? It’s only one street between Astrid Square and De Coninck Square but it’s quite interesting and lively. They had to skip two years of festivities due to covid, but on January 22, 2023 the neighbourhood will finally get to properly celebrate Chinese New Year again. This comes with an exciting procession led by dancers and drummers going from door to door under a colourful Chinese dragon, and of course with lots of noisy fireworks. This feels a bit like Turnhoutsebaan did when Morocco kept winning games at the World Cup, but without any of the local racists losing sleep over it. It’s a fantastic spectacle to attend, and afterwards you can always have dinner in one of the many great Asian restaurants in the area. The rest of the week several activities focused on Chinese New Year will be hosted in the library on De Coninck Square. www.permeke.org/legendsofliondance2023 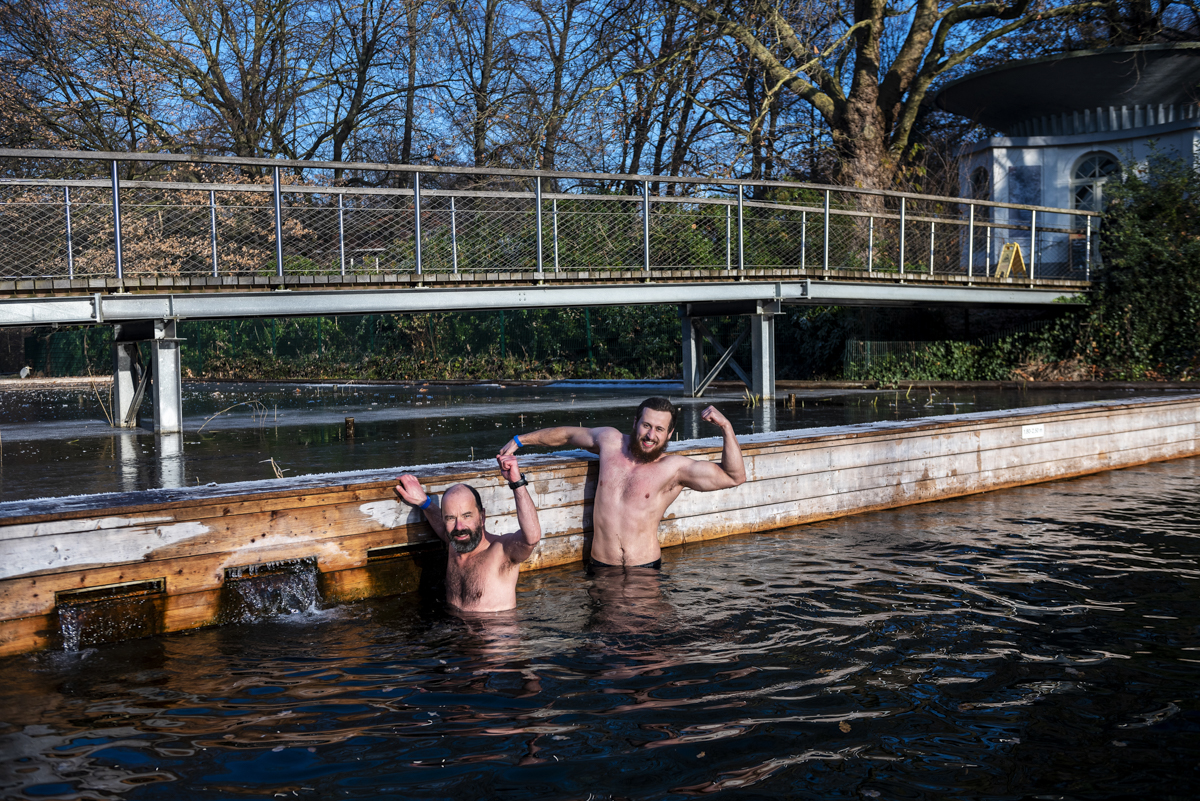 You know what’s apparently very healthy? Diving into an ice-cold pond in the depts of winter. This is what we call “polar bearing” in Dutch, and it will improve both your resistance and your blood circulation. The only place in Antwerp where you can hit the water on a weekly basis is the swimming pond in Boekenbergpark. This is where the Deurnese IJsberen have their home base, and every weekend you’re free to use the pond from 10am to 1pm (the only moments on weekdays are Tuesdays between 11am and 12pm, and Thursdays between 6 and 7pm). To do so, you’ll first have to join the club. Currently they have a staggering 1.300 members, so a membership stop was put in place. After New Year’s Eve though, you’re once again free to apply. It looks like a fun community, so get your courage up and give it a try. www.deurnese-ijsberen.be

5. Go visit the Rubens House before it closes for four years 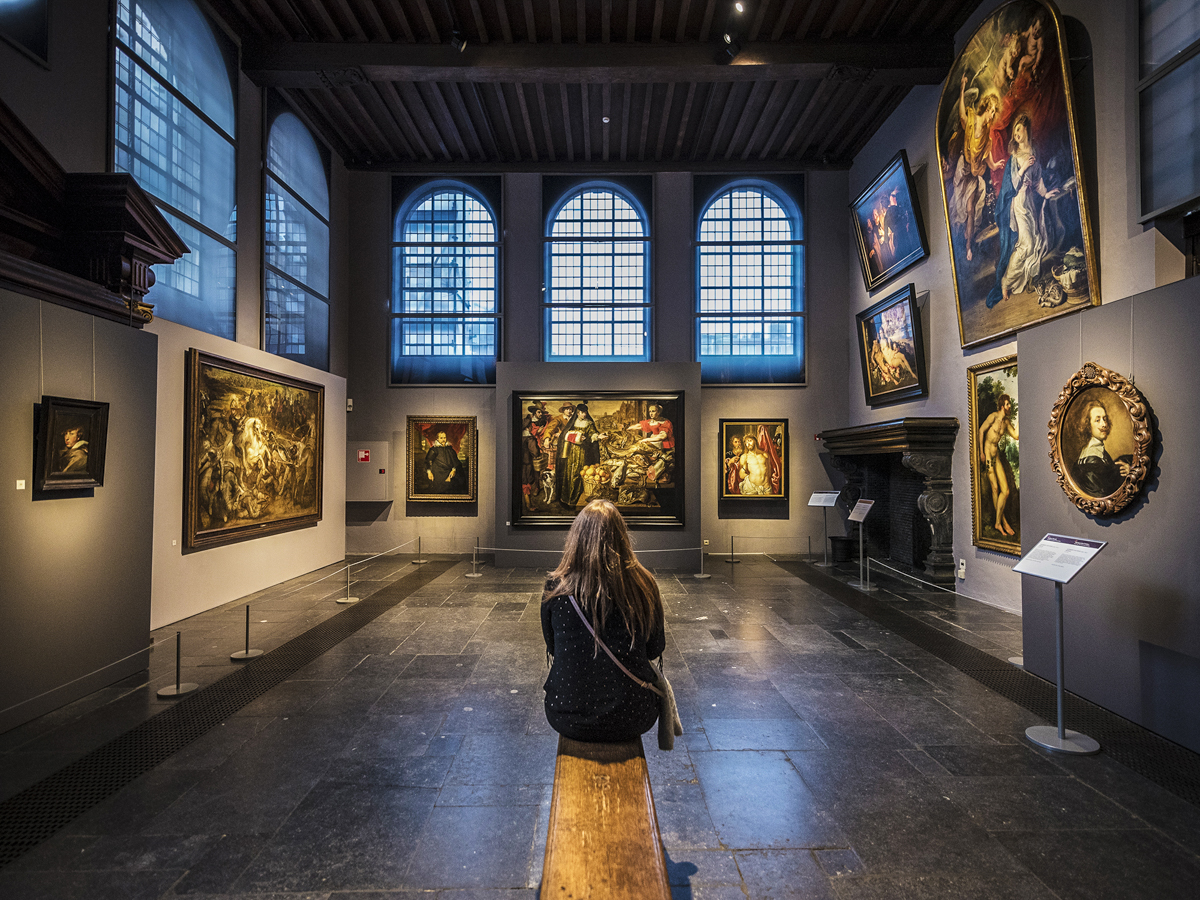 The Rubens House on Wapper is one of the more famous museums in Antwerp for most tourists, but strangely enough many locals seem to have never actually been there themselves. Those who still want to, have exactly until 8 January to do so. After that, the entire thing will close until 2027 for a thorough renovation. The Rubens House is a beautiful old city palace where – yes – Pieter Paul Rubens used to live and paint. In addition to a number of paintings by the master himself, there are a few masterpieces by Antoon van Dyck and Jacob Jordaens to admire as well. So visit quickly before it’s too late, and while you’re at it also grab a ticket for the nearby Maagdenhuis and Museum Mayer van den Bergh. Even less people are visiting these two, which is completely unjustified. A nice by-product of the Rubens House renovation by the way, is that they will finally be tearing down that god awful glass box right in front of it. Might be fun being able to see the actual building from the street side – who knows? www.rubenshuis.be 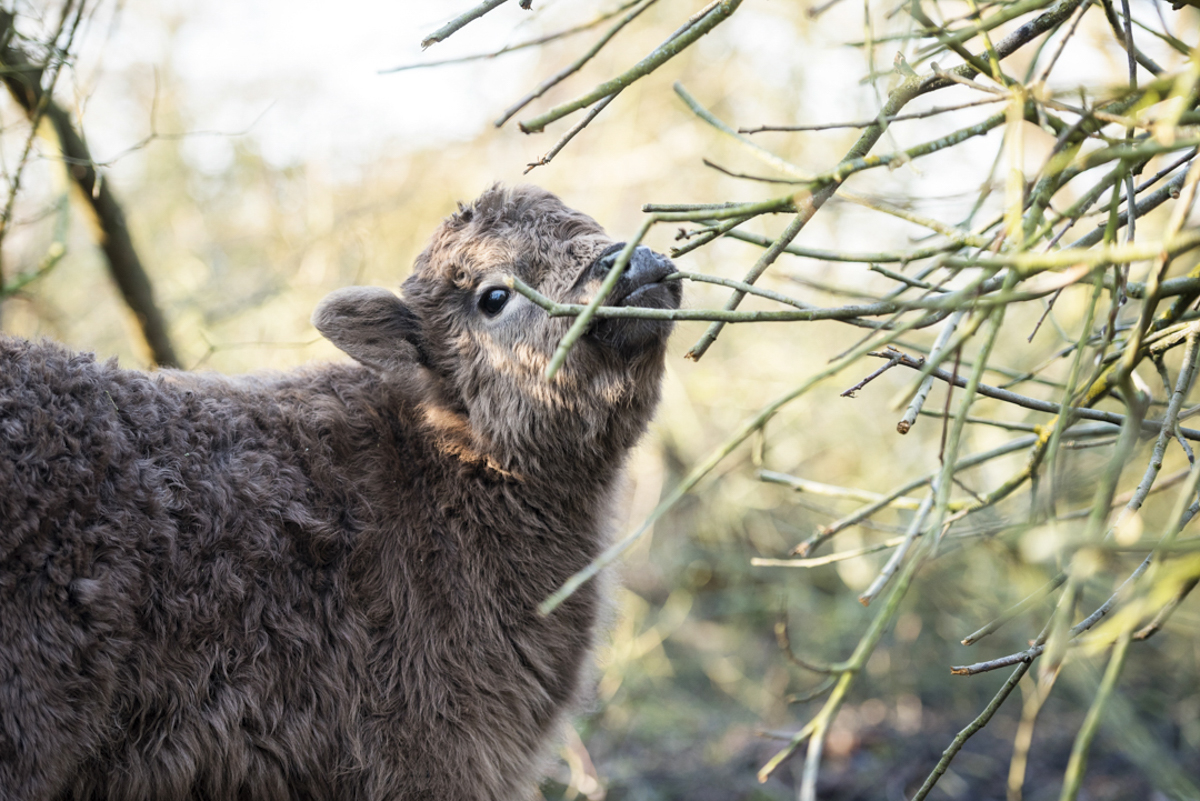 Winter might be a bitch, but no one ever died taking a brisk winter walk (Except Uncle John of course, but that guy already had quite the cough). Ah, the frozen dew breaking under your boots, your breath puffing out in clouds: it makes you feel alive, and at least it’ll wake you up. One of the prettiest and wildest places to go for a winter walk in Antwerp is Hobokense Polder. This is a small nature reserve southwest of the city centre full of trees, meadows and ponds. With a bit of luck you’ll spot a fox, a roe deer or some very cold but persistent exhibitionist, and you can use the camouflaged viewing walls to spot some birds as well. On top of that there’s a whole herd of Galloways grazing here. These are a woolly type of cattle, able to stay outside in the harshest (Belgian) winters. Don’t get in their face though, an elderly person got trampled and nearly died in another park some years ago (not Uncle John). 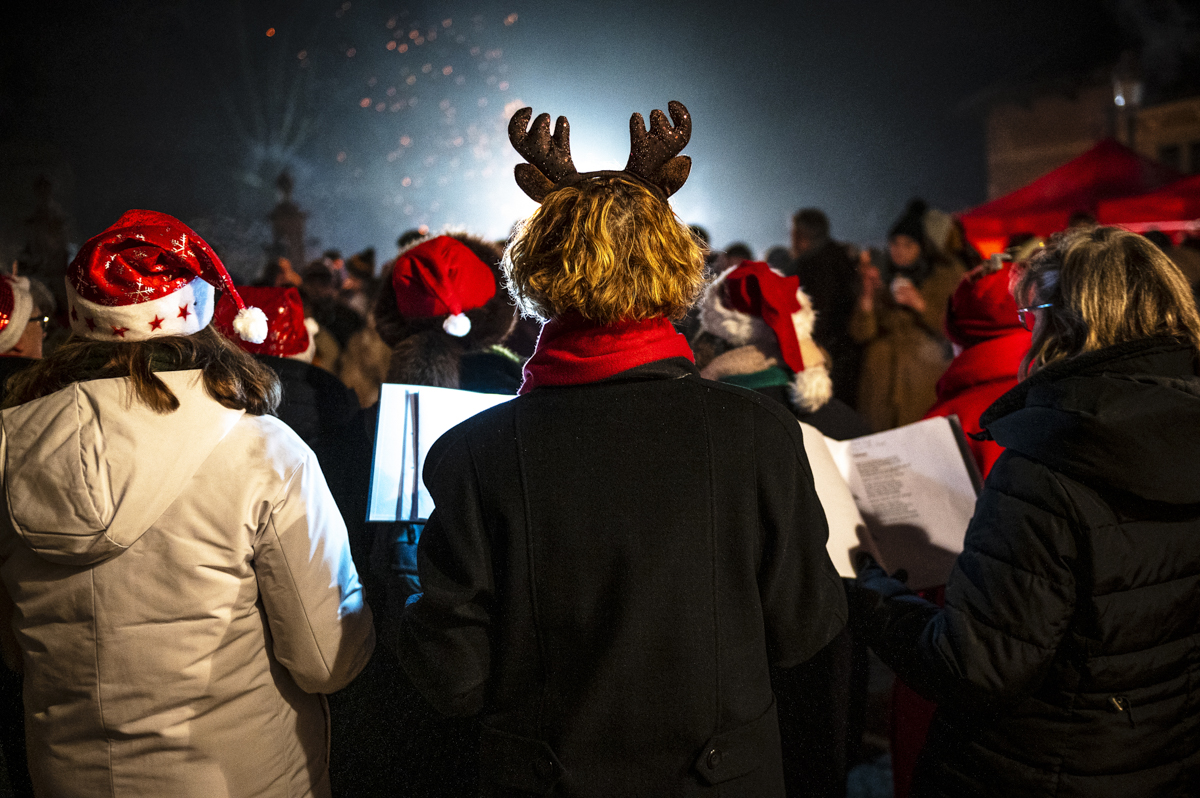 There you go, these were my tips to get you through the winter in Antwerp in the most desirable way. Did I forget a couple of entries? Do you love winter because you like the darkness to embrace you like an old friend? Be sure to leave your ideas in the comments below.

In the weeks before Christmas, all of Antwerp’s districts organise their own winter events. Most of the event pictures in this article not linked to a specific entry, were shot on Winterwakker in Ekeren and Wintermagie at Luchtbal throughout the years.

Feeling like something tasty? Read my blog posts on the best cocktail and coffee bars in Antwerp. Would you like to visit some of Antwerp’s hidden secrets? Check out the articles here and here. 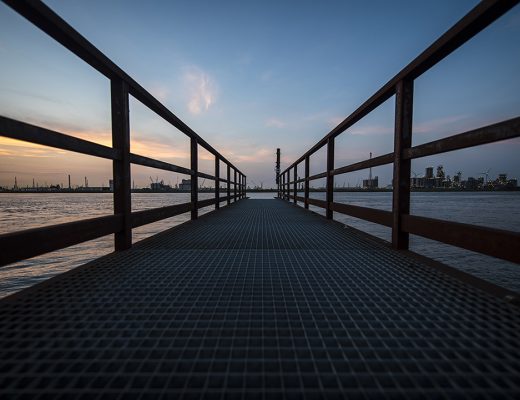 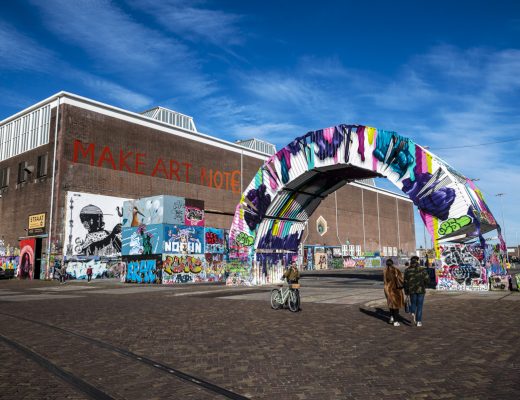 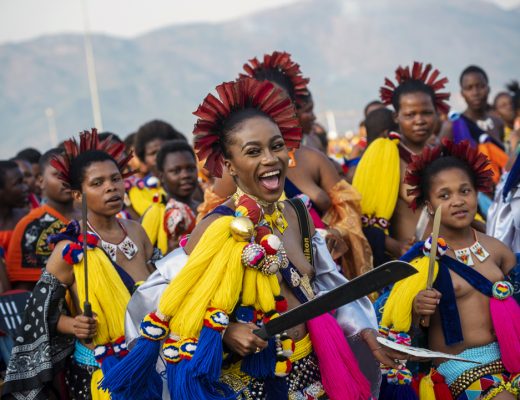 A road trip through Eswatini: Discover the 8 greatest highlights of a trip to Swaziland